Murad Ramazanov Details Journey From The Russian Streets To ONE 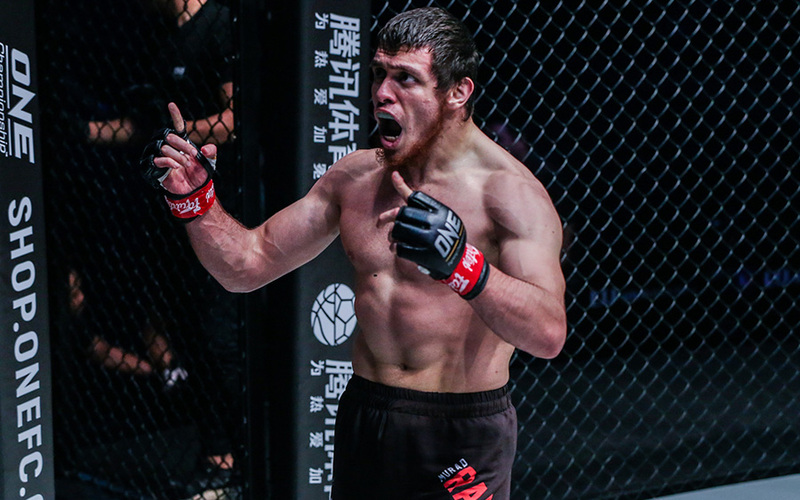 A colossal welterweight matchup will help bolster the stacked card of ONE on Prime Video 5: De Ridder vs. Malykhin on Friday, December 2. Undefeated welterweight Murad Ramazanov will welcome Roberto Soldic to the ONE Championship Circle in Manila. But getting to this moment was not filled with sunshine and rainbows for the Russian.

Ramazanov was a rambunctious kid who played in the streets and got into trouble. His quick temper would get him into scraps and be the cause of punishment from his parents. The formative years showed his fighting spirit and helped build a bond with his father.

“We all got along well. My neighbors and parents say I was a very funny kid, a curious one. My siblings took care of me, and my elder sister raised me almost as a second mother. My father had a special relationship with me, maybe because I was born when he was older. However, I was sometimes punished for my cocky temper. Just like many other local children of that time, I grew up in the street – from the age of three, I spent most of my time there, playing soccer or hide-and-seek. And sometimes, I would get in fights or take away toys, and other parents complained. My mother scolded me, but my father liked that I could fight,” said Ramazanov.

It would not be long until he found his way into combat sports. From an early age, Ramazanov boxed. Disappointed with his coaches, he would only stick with the sport for a short time. The antiquated teaching methods were also a reason why he was hesitant to step onto the wrestling mats for the first time. But from his father’s connection with him by treating him with respect eventually led to him starting his journey.

“I was already good at boxing when I started wrestling – I won the city championship in an open boxing tournament. However, we were kids, coached as if we were adults. It was all very serious, not playful, so I got bored. Wrestling classes were completely different. My new coach, Ponomarev, knew how to explain everything in a semi-playful way. He knew how to find a key to teach us. When I lost my enthusiasm after a week of training, he called me and persuaded me somehow to start training seriously, which I did,” said the undefeated welterweight.

Even with success on the canvas, something was missing for Ramazanov. A higher calling was still at play, and a local gym with global stars would help come into play. Along with his friends, the welterweight challenger decided to take up additional grappling classes at a local mixed martial arts gym.

“When I came back to Moscow and had a summer break from the Greco-Roman Wrestling club, I decided to join my friends for grappling and jiu-jitsu classes. I used to pass by their gym on the way to wrestling: Yusup Saadulaev was a coach, many MMA fighters frequented the gym, and I could see them training through the massive front window. I have always thought it would be interesting to train there. Because of my wrestling background, I immediately got good at it – they even thought that I was an experienced fighter,” said Ramazanov.

Good may be an understatement for the Russian talent. He debuted as a professional at just 18 years old. He went 4-0 with three finishes. But the journey was not linear. Ramazanov pulled back from professional bouts and would not compete again until 2016 as an amateur.

After three straight wins and an amateur world title, Ramazanov moved back into the pro ranks in 2017. After putting together four consecutive wins, he caught the attention of ONE. Even though he still has a perfect pro record, Ramazanov understands the difficulties of staying perfect in MMA. If a loss happens, even on December 2, he expects to continue his martial arts journey with a tough lesson to learn from.

“Every fighter loves having an undefeated record, but most of us lose it sooner or later. I hope I will be able to accept it with grace if and when it happens, and mentally, I am preparing myself for it. Most likely, it won’t be easy to accept defeat, but it will not break me. It will definitely teach me something. It might help me beat some bad habits, like going to bed late or not following a diet,” said Ramazanov.

ONE on Prime Video 5: De Ridder vs. Malykhin airs free to all Amazon Prime members in the U.S. and Canada on Friday, December 2, at 8 p.m. EST/5 p.m. PST.