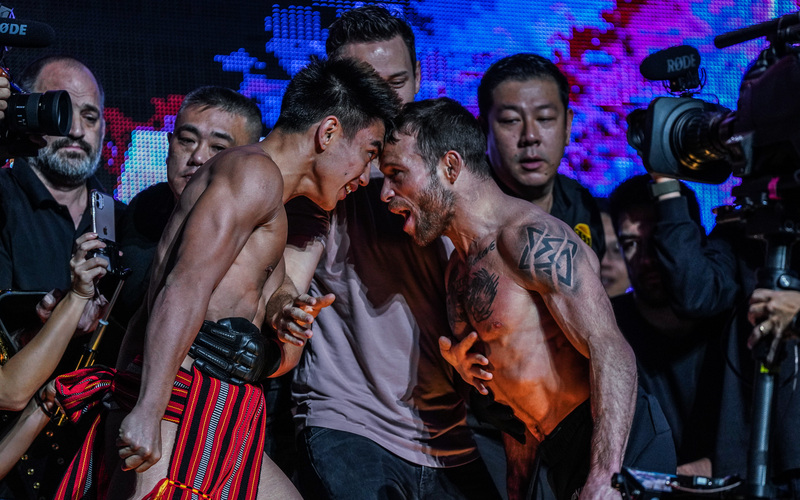 ONE Championship finishes up its back-to-back weekends of double cards with ONE 164 taking place on Saturday, December 3, 2022. The card is set to be headlined by a men’s strawweight title fight between reigning champion, and one could easily argue ONE legend, Joshua Pacio and former UFC fighter Jarred Brooks. Pacio has a record of 11-3 inside of ONE Championship with his last loss coming three years ago before ultimately getting revenge in his next fight. Now, Pacio is the ONE flyweight champion and has won his last four in a row with three of them being finishes.

In the case of Brooks, he has been unbeaten since joining ONE, with a no-contest mixed in, and has an overall record of 3-0 with two finishes. He looks to extend his unbeaten streak in impressive fashion and claim the strawweight title.

Not to be forgotten on the main card is the  ONE flyweight Muay Thai grand prix as Superlek Kiatmoo9 faces off against Panpayak Jitmuangnon for the title. In something that is only available in the beauty of Muay Thai, this will be their eighth meeting in the ring or cage. NONE Championships grand prix and infamous heavy belt have never been on the line like they will be at ONE 164.

Rounding out the card is the return of an MMA legend Brandon Vera facing off against Amir Aliakbari. Vera hasn’t fought since May of 2021 when he lost the ONE heavyweight title, furthermore, he hasn’t won since 2019. A win this weekend would do wonders for his momentum as he hopes to earn back his belt sooner rather than later.

Amir Aliakbari def. Brandon Vera via TKO (punches) at 3:37 of round one

Yong Hu def. Geje Eustaquiao via knockout (punch) at 4:43 of round one

Jeremy Pacatiw def. Tial Thang via submission (triangle choke) at 1:17 of round two

Jhanlo Mark Sangiao defeats Anacleto Lauron via submission (rear-naked choke) at 1:48 of round one

Tagir Khalilov def. C. Tor Sangtiannoi via TKO at 2:29 of round one

Bo Meng def. Jenelyn Olsim via knockout at 0:24 of round one