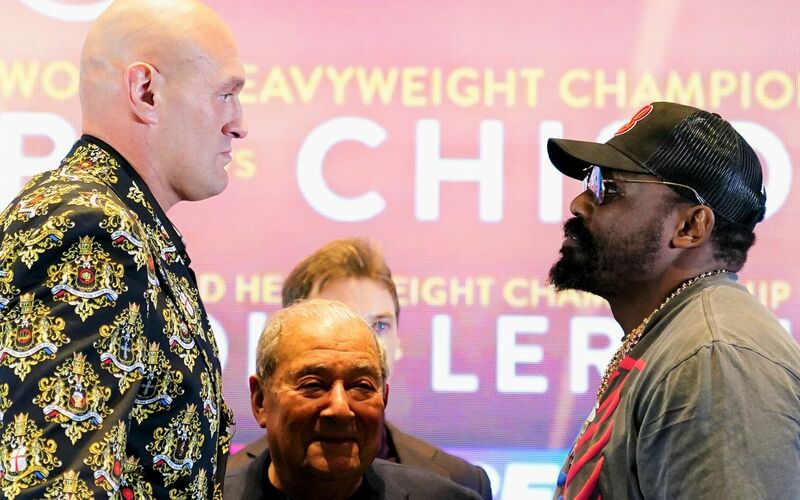 Tyson Fury returns to the ring after one of the shortest “retirements” in recent sports history. Fury will be facing a friend and opponent he knows very well in Derek Chisora who he has fought twice already in his storied career.

Both of the first fights were not particularly close though which leads many to be asking why when it comes to a third matchup. That answer is simple, Fury is waiting for Oleksandr Usyk next Spring and wants to stay fresh. What better way to do that than by staying warm against someone who you have beaten once by a wide decision and another time when they were forced to retire between rounds? Regardless, Fury will look to win and retain his WBC title and set up one of the biggest fights in the history of the sport against Usyk in 2023.

No matter what, the spectacle of Tottenham Hotspur Stadium for a big boxing match won’t be lost and it will have another big fight backing up Fury and Chisora as Daniel Dubois defends his regular WBA heavyweight against Kevin Lerena.

Dubious has an impressive 94% knockout rate and has only gone to a decision once which occurred nearly five years ago. In the case of his opponent, Lerena also has an impressive record of his own but doesn’t possess the same power. This should be a fun warm-up for the heavyweight showcase that will have Tottenham Hotspur stadium rocking.

Tyson Fury def. Derek Chisora via TKO in Round 10

Daniel Dubois def. Kevin Lerena via KO in Round 3

Royston Barney Smith def. Cruz Perez via TKO in Round 1