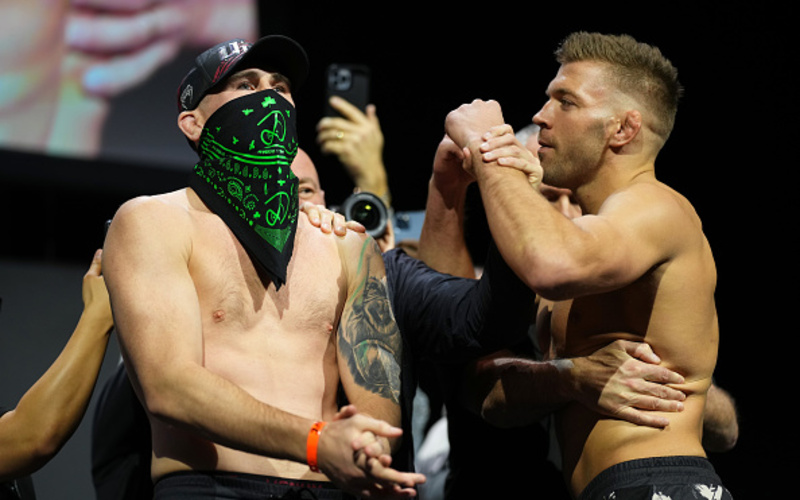 Only three events remain in the year for our MMASucka staff picks.

Live results from UFC 282: Blachowicz vs. Ankalaev will be available here at MMASucka.

Tonight’s card has seen its fair share of changes.

Jiri Prochazka was to defend his light heavyweight championship against former title holder Glover Teixeira until a shoulder injury forced Prochazka out of the title fight. In turn, he would vacate his belt as now the 205-pound vacant championship will be settled between Jan Blachowicz and Magomed Ankalaev. The fight was shifted from the co-main event to the main event with Teixeira removed from the card entirely.

Blachowicz will look to capture his second UFC championship after holding the title for one defense over Israel Adesanya before suffering a second-round submission defeat in October of last year to the aforementioned Teixeira. The long-time veteran and former KSW light heavyweight king targets his second victory of 2022 after his opponent, Aleksandar Rakic, suffered a knee injury in the third round of their May bout. Blachowicz’s opponent, Ankalaev, gets the biggest opportunity of his career in what will be his second promotional main event. A world-class Sambo talent, the Russian rides a nine-fight win streak since his only professional loss in 19 fights to Paul Craig in his 2018 octagon debut.

In the co-main event, Paddy Pimblett and Jared Gordon will meet for a potential three rounds at 155 pounds. Former Cage Warriors featherweight champion Pimblett looks to continue his momentum as he targets six wins in-a-row including two already this year over Rodrigo Vargas and Jordan Leavitt. Former Cage Fury FC champion Gordon aims for two straight after his unanimous decision win in August over Leonardo Santos.

16-fight UFC veteran Alex Morono has stepped in on short-notice after former UFC welterweight champion Robbie Lawler was forced out of his bout with Argentina’s Santiago Ponzinibbio. Morono and Ponzinibbio will meet at a catchweight of 180 pounds.

Who are the MMASucka staff picking to win at UFC 282? Find out further below.

Check out our preview podcast ahead of #UFC282 tonight!!https://t.co/INyrzXZqgh

See below for our UFC 282: Blachowicz vs. Ankalaev staff picks.

Staff Records after UFC on ESPN 42: