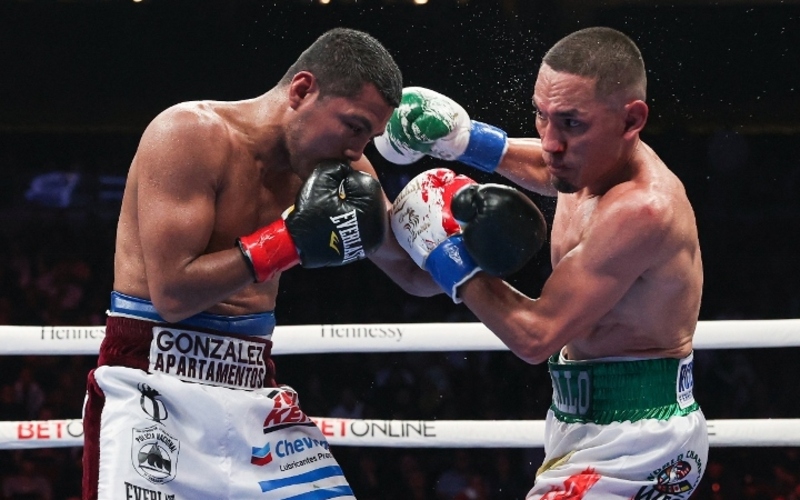 Roman ‘Chocolatito’ González and Juan Francisco ‘Gallito’ Estrada locked horns last week for a third time in their careers and it lived up to every bit of the excitement this ten year rivalry has brought us.

Estrada, 32, started off fast in the first half of the bout, then Gonzalez, 35, showed signs of life and kept taking it to Estrada, making an argument at the end of fight to rule it a draw at least.

As mentioned, ‘Chocolatito’ took a bit to get the wheels turning, after Estrada looked the sharper, faster fighter. Once Gonzalez began to assert his skillset, however, the nonstop pressure to Estrada made the fight close.

Estrada boxed well in a back foot pace, but Gonzalez’s forward pressure had suffocating effects on ‘Gallito’ to take round after round in the second portion of the fight.

As the fight grew nearer to its conclusion, Estrada put a resistance against the Nicaraguan’s surging momentum as he got the better of their exchanges in the 12th round with accuracy and volume.

Coming into their third bout, Estrada defeated Gonzalez by a controversial split decision last March, and Gonzalez won their first fight in November 2012 by unanimous decision.

Though the decision won’t carry controversy the way their second bout did. The fight picked up steam as it went along, despite both men showing less offensive output in prior fights.

A fourth fight will always be an option for both men as neither has solidified who the better man is. Considering Gonzalez (51-4, 41 KO) was surging in the second half, and many believe was robbed in their second fight, something that bothered Estrada (44-3, 28 KO) going into the third fight, it can remain the selling point for a fourth meeting.

One thing is certain, these two men’s careers have been cemented as a legendary rivalry that has elevated both of their careers to heights neither anticipated, their styles mix well that it’s a foregone conclusion that fireworks are to be expected when Estrada and Gonzalez meet in the squared circle.