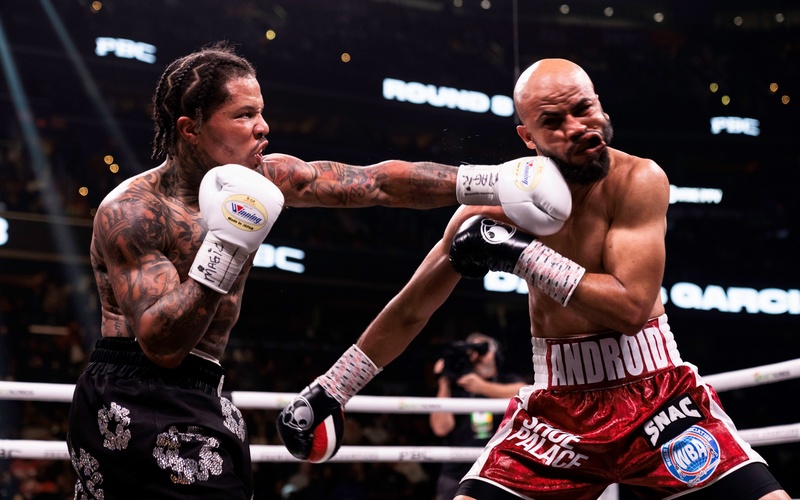 .@Gervontaa shows the world why he is the most exciting fighter in the lightweight division, defeating Hector Garcia by TKO in RD9 in front of a sold out crowd at @CapitalOneArena. #DavisGarcia pic.twitter.com/7jN0Z986Uz

Like many of his bouts, Tank started off a very slow pace, however once the Baltimore native gets into a groove and boosts his confidence levels, it tends to be a downward spiral for his opponent.

Davis ended the fight after eight rounds due to a result from late rally in round eight that left Garcia visually impaired. Garcia asked his corner to end the fight because of that scare and gave ‘Tank’ his 28th victory as well as his 26th by way of knockout in an unblemished record.

As soon as the bout was over, the world looked onto the future in April against another Garcia, as ‘Tank’ and superstar rival, Ryan ‘King’ Garcia (20-0, 17 KO) have came to an agreement for a highly anticipated showdown amongst two of the youngest and brightest stars in the sport.

Currently at this point in time there’s a lot of uncertainty with David’ immediate plans as he was arrested for domestic violence just ten days prior to his fight. However, the alleged victim has retracted from all accusations and Davis was released just in time for his fight.

Also, Davis is set to appear in court next month for an accident that occurred in 2021 in which he left the scene. Barring any setbacks from the court date, Tank is in line to prep ware for the most significant fight of his career.

Ryan Garcia is a lightning fast, counter puncher with respectable power as well as length and height advantages over Davis. But from one Garcia to another, Ryan can ask Hector about Davis’ power and defense.

That kind of punching power is what sets Davis’ apart from others, being dubbed a lightweight Mike Tyson. You can rack up points against Davis’ despite excellent defense and that is what Ryan Garcia will have to deal with.