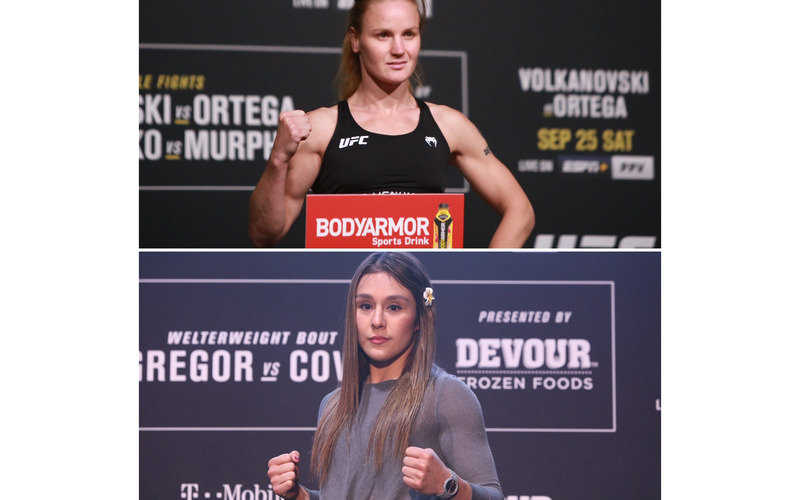 UFC 285 is scheduled for March 4 from the T-Mobile Arena in Las Vegas, Nevada. The card is currently set to be headlined by a heavyweight title fight between Jon Jones and Ciryl Gane.

Grasso’s Road to the Title

Grasso (15-3 MMA, 7-3 UFC) will try to hand Shevchenko her first UFC loss in the flyweight division. Grasso has not yet lost either since moving up to flyweight in the UFC, having gone 4-0 with wins over Viviane Araujo, Joanne Wood, Maycee Barber, and Ji Yeon Kim.

Grasso went 3-3 as a strawweight in the promotion, having wins over Karolina Kowalkiewicz, Randa Markos and Heather Clark. A close majority decision loss to two-time former strawweight champion Carla Esparza prompted Grasso to move up a weight class.

Not having to cut the 10 extra pounds to the strawweight limit has done wonders for Grasso, whose game has always boasted crisp boxing. She proved she could go 25 hard minutes when she outpaced Araujo to a unanimous decision win in her last fight on Oct. 15. Grasso showcased her blossoming jiu-jitsu skills when she choked out Wood in less than 4 minutes and nearly armbar’d Esparza, who admitted Grasso’s attempt was “definitely sunk in.”

Shevchenko (23-3 MMA, 12-2 UFC) has fought a who’s who of UFC bantamweights and flyweights since coming to the promotion in late 2015. Two losses, including one for the bantamweight title, to current champ Amanda Nunes led to Shevchenko dropping down a weight class, as she was naturally small at 135 pounds.

Shevchenko’s smaller stature did not prevent her from collecting bantamweight victories over Holly Holm, Julianna Pena and Sarah Kaufman, however.

Santos gave Shevchenko her hardest test as a champion yet, bringing “Bullet” to the brink in a split decision. The champion got the nod, and her next fight vs. Grasso has since been made.