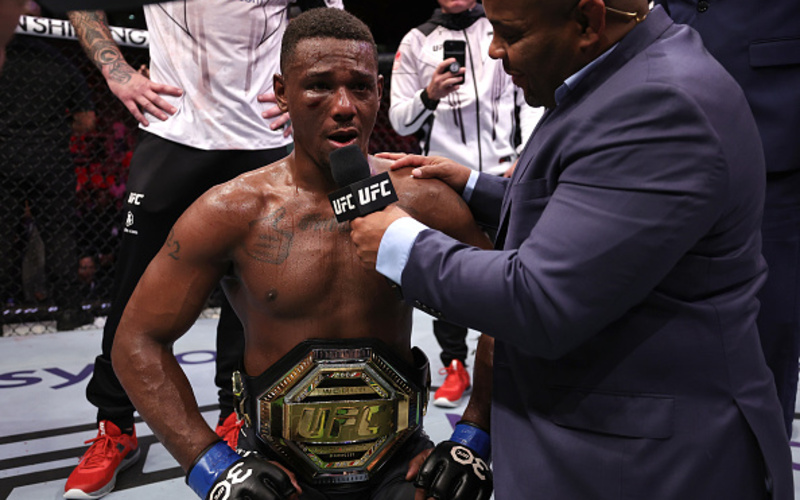 The Ultimate Fighting Championship saw its second event of the calendar year, UFC 283, take place on Saturday, January 21st from the Jeunesse Arena in Rio de Janeiro, Brazil. It marked the promotion’s return to the populous South American city for the first time since UFC 237 in May of 2019.

A sensational night it was from top to bottom. Two title fights saw flyweight Brandon Moreno and light heavyweight Jamahal Hill become the new faces at the peak of their divisions. Brothers and 2022 Contender Series signees, Gabriel Bonfim and Ismael Bonfim, both saw their hands raised after highlight-reel finishes. Additional Contender Series standouts from last year, Brunno Ferreira and Daniel Marcos, remained undefeated with their separate finishing wins. After unfortunate losses, we said farewell to combat legends Glover Teixeira and Mauricio Rua as they stepped away from professional mixed martial arts.

With matchmaking in the near future for those victorious and defeated, what are the best five fights to make after UFC 283: Teixeira vs. Hill? Let us explore some options.

UFC 283’s opener started with a unique finish. Paul Craig looked for a single leg in attempt for a takedown after Johnny Walker landed a combination of strikes, but it proved ineffective after a barrage of backwards hammerfists. Referee Marc Goddard waved off the bout just over two minutes into the first round, Walker earning his second-straight stoppage in the first round. The victory in front of his home crowd was his 20th professional and sixteenth by way of knockout.

Before his two wins, however, a career in the UFC was in jeopardy having only won a single fight in five straight matchups. Now, his momentum at light heavyweight should be enough to warrant a highly-ranked opponent. Aleksandar Rakic is nearing a year since his ACL tear in a fight with Jan Blachowicz having spent the past months in recovery. His tenure in the octagon had been short, but his successes had been impressive including decisions over former title challengers Anthony Smith and Thiago Santos.

Assuming a return will be very soon, it is unlikely he will take anything less than a backstep in competition. Let Walker and Rakic put on a show sometime around June.

Grapplers, once again, have prevailed over Neil Magny. The UFC welterweight veteran suffered his sixth defeat in ten career losses by submission to Gilbert Burns late into the first round. Burns, a third degree black belt in Brazilian Jiu-Jitsu and multi-time grappling champion, secured his first submission win since Mike Davis in April of 2019 and his first win since a unanimous decision in July of 2021 over Stephen Thompson.

The former title challenger is looking to start a new fresh stretch of victories, and in his post-fight interview, Burns called out former interim divisional champion Colby Covington. March of 2022 saw Covington’s five-round decision over friend-turned-foe Jorge Masvidal, successfully rebounding after his title fight rematch defeat to former champion Kamaru Usman. Despite a history of controversy, the former NCAA Division I wrestler remains one of the division’s greats as he is due for a 2023 return.

Pairing Burns and Covington has the makings of something special. Why not a co-main event for a pay-per-view? Five rounds is the only option if so.

Domination is the only word to describe Jessica Andrade on Saturday night. From bell to bell, her continued forward pressure and effective striking game led to five of nine rounds across three judges scored as 10-8’s over a tenacious Lauren Murphy. This was Andrade’s third straight win since September of 2021 that includes first-round finishes over Cynthia Calvillo and Amanda Lemos.

Two options are on the table for her next appearance in 2023. The first would be to continue on at flyweight and fight in a title elimination bout with Manon Fiorot. Option two would be to rematch in a championship bout against Zhang Weili in a return back to to the strawweight division. Weili took the belt away from Andrade in August of 2019 with a blistering knockout just 42 seconds into the match. After losing the strap in 2021 to Rose Namajunas, Weili took the title back to China last November over Carla Esparza by submission in the second round.

Choice two appears the route to go as the division is currently without a standout challenger. Could Andrade return to glory, or would Weili take the cake once more?

History was made in UFC 283’s co-main event as Brandon Moreno and Deiveson Figueiredo met for a record-breaking fourth time in the UFC. A draw for the title in December of 2020 was followed by Moreno’s third-round submission in mid-2021 and then by Figueiredo’s unanimous decision in early-2022. The score was capped off on Saturday night with Moreno’s impressive showing, ultimately hurting Figueiredo’s right eye and winning via doctor stoppage after three rounds.

Figueiredo, who had shown prior struggles making 125 pounds, announced he will be moving up to bantamweight. That now allows movement among the flyweights as, for the first time in four and-a-half years, a new fighter will challenge for the real belt. 32-year-old Alexandre Pantoja currently sits as the number one contender with three straight wins since 2021 over Manel Kape, Brandon Royval, and Alex Perez.

A fight between the new champ and next title challenger would not be the first time these two have met in the cage as Pantoja took a win over Moreno in May of 2018 by unanimous decision. Flyweights deserve a main stage, and neither get the recognition they deserve, so let these two square off in a pay-per-view headliner in the early summer months.

With new blood at the top, there are options for Hill’s first attempt at a defense. Magomed Ankalaev and Jan Blachowicz fought to a draw for the vacant belt in December, but the lackluster result might mean a wait for both men. Hill was pulled in favor for the Teixeira fight from a bout with Anthony Smith, although the former title challenger is coming off a loss to the aforementioned Ankalaev having suffered an ankle injury in their meeting. Former 205-pound champion Jiri Prochazka shared progress on Instagram following his shoulder injury and surgery, as well as a message for the newly-crowned title holder.

Most fans would lean for a matchup between Prochazka and Hill, and I disagree no less. On paper, these two could put a fight on to forever remember.