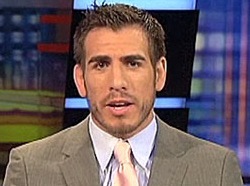 Joe Rogan was unable to make the trip to Brazil for UFC 134 due to film obligations for the return of the NBC show Fear Factor.

To take Joe’s place is none other than UFC Featherweight contender Kenny Florian. Florian will take a step back from his training camp for his Featherweight Title fight against Jose Aldo at UFC 136 to make the trip to Brazil.

Ken Flo is not new to the commentating scene as he is a regular contributor on ESPN’s MMA Live. Florian has also commentated in the past at UFC 83 and UFC Fight Night 19. He also did some color commentating for WEC in the past as well.

Look for Joe Rogan to return on September 17 for UFC Fight Night: Shields vs. Ellenberger