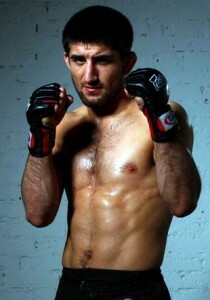 One of Bellator’s most recent signee’s, Rasul Mirzaev has put himself into a whole world of hurt. On August 13th a street fight broke out between Mirzaev and a student from Moscow named  Ivan Agafono.

According to Russia Today,

“The conflict occurred on August 13 in the center of Moscow not far from the ‘Garage’ night club,” an unnamed source in the Moscow police told RIA-Novosti news agency. “During an argument, Mirzaev punched student Ivan Angafonov after which the latter demanded urgent medical help.”

Agafono fought for his life for four days in a Russian hospital before being pronounced dead. The Russian police are still investigating the situation and are speaking with witnesses. Meanwhile Mirzaev has been recently arrested and charged.

“This is a tragic concurrence of events. Rasul Mirzaev hasn’t been officially summoned to the police yet, but if this happens – then he’ll go because this case has to be sorted out. The incident has nothing to do with hate crimes. It was just an everyday situation which turned into tragedy. Rasul is very sorry about what happened.”

No word on what will happen with Mirzaev both with the police and Bellator Fighting Championships. Keep it locked to MMASucka.com for all the latest.