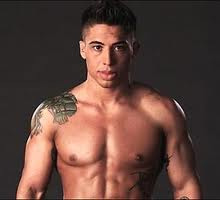 They say people deserve a second chance and Jon Koppenhaver says he will make the most of this new found life.

War Machine Returns To The Cage

We haven’t seen War Machine in the cage since last July for Tachi Palce Fights as he lost to John Alessio via submission. Then, his life unraveled after that as Koppenhaver went to jail for felony assaul at a bar in California and served just about one year in prison and was released on July 15th of this year.

Ray is 2-3 in last five fights and most recently fought in May as he lost Sergej Juskevic via submission.