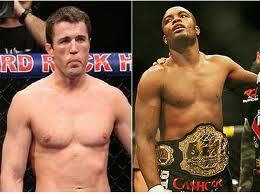 Anderson Silva on Saturday further established his claim as pound for pound the best fighter in the world today quite arguably the best ever with his win over Yushin Okami at UFC 134. It was Silva’s 15th overall and 14th in the UFC. When a guy is that dominant in his weight class and disposing of all challengers in his path, the next path would be for a guy to move up in weight and fight guys at that weight class to further cement his legacy in the sport.

UFC President Dana White said after the event on Saturday that Silva still has a few more challengers at 185 and that even includes a superfight with reigning UFC Welterweight Champion Georges St.Pierre. It begs the question: What challengers is White referring too? Mark Munoz? Not seasoned enough and doesn’t have the standup to matchup with Silva. Michael Bisping? Always underachieves in big time fights (Dan Henderson and Rashad Evans come to mind). Dan Henderson? (Lost to Silva via 2 round submission a few years back and at age 41 would be a diffcult weight cut back to 185 like his fight with Jake Shields). What about GSP?

If GSP had the frame to be close in weight to Silva, then the fight would make sense. Silva has fought two times at 205 and has even been rumored in the last year to want to have a heavyweight fight and GSP does not have the standup to even hang with Silva. The fight would be a total mismatch but that is another conversation for another time. So, who is the only opponent for Silva?

That guy would be none other than Chael Sonnen. They fought at UFC 117 and Silva pulled off the victory after getting dominated in the first four rounds by Sonnen, Silva pulled off a submission victory with a triangle armbar with 1:50 left in the fight. The rematch was supposed to happen early this year but Sonnen got suspended by the California State Athletic Commission for testing positive for elevated testosterone levels and the fight got scrapped. Silva defeated Vitor Belfort at UFC 126 and Okami this past Saturday. So why Sonnen?

Sonnen is the only option due to the fact that he gave Silva his toughest test during this run and his wrestling is superior to anyone at 185 and his standup is good enough to where he can just strike enough to keep Silva guessing. But the most important thing is that the fight will get a great buyrate on PPV and the UFC is a PPV business. They both are at the top of the weight class and with Sonnen’s trash talking and the legendary status that Silva has, this is the only logical fight that makes sense for Anderson Silva before what will be an eventual move up to 205. If Sonnen gets by Brian Stann at UFC 136 in October then lets make it happen.

Does that make the most sense or should Silva fight the guys mention in the beginning? 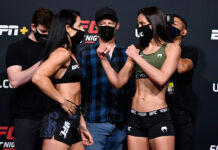