Daniel Cormier living the dream one day at a time

This Saturday night Daniel Cormier (9-0) is ready for a fight. Not only is this the biggest challenge of his young MMA career, but it’s also a chance to make a statement. A win over Josh Barnett would be a nice signature victory to boost the record and the pocket book. There is no doubt that this will be the first of many “biggest fights of Cormier’s career.”

Cormier has been on the big stage before but he doesn’t feel any real pressure. The former Olympian knows that everything in his athletic career has prepared him for right now. 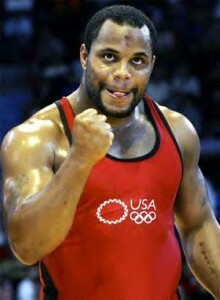 That is something you can’t take away from DC but last time I checked, there isn’t any submissions and vicious ground and pound to deal with in the Summer Olympic games. But what separates Daniel from everyone else is that he goes into big moments like this Saturday without a care in the world. He is ready to compete, he is focused, but he keeps all of it in perspective. Sometimes going through tragedies in life puts sporting events into a different light.

When DC was seven years old his father was shot and killed on Thanksgiving Day due to a family dispute. I can’t imagine anything worst than watching your father die in front of you at such a young age. As if life was not cruel enough, years later on June 14, 2003 Cormier’s daughter Kaedyn was killed in a car accident. Another blow. To have to deal with those type of tragedies would be enough to burry anyone into a bottle and a dark place. Instead Cormier overcame it all and knows that although life sometimes can be sick and twisted, there is nothing more precious than living for the moment.

A lot of people look at winning or losing as life or death. For me that is not the case because I have experienced death so many times with so many people who were close to me. I can keep everything in perspective and I know that this is only a sport. Being able to do that allows me to compete worry free because preparation and the tragedies in my life has molded me to be where I am right now in this moment and I’m okay with it. It has allowed me to not be nervous, not be scared and not be worried that all of this is happening too early. My tragedies have prepared me for the obstacles that I’m going to face in my career. I know that nothing is going to hurt as much as losing my dad, losing my daughter, or losing a roommate. Nothing could ever hurt that much.

Listening to Daniel tell his story you get the sense that right now is just about right now and tomorrow will be equally as special. It’s a philosophy many preach but never really fully experience or understand. When you hear Cormier speak about his past and the personal strife that he has gone through, how can you not be inspired?

Everyday is a blessing. I can understand that I am just lucky to be here. There have been so many people that I knew or I was close to that aren’t here. So for me to get the opportunity to compete in front of thousands of people, make money and support my family on something I enjoy doing is a tremendous blessing. Not everyone can handle money, not everyone can handle success and a lot of people shy away from it man.

It is true we have seen prime examples of men or women who can’t handle the instant fame or success that winning can provide. A win over Barnett would give Cormier  instant hype and opportunities. Most recently Scott Coker said that the winner would probably have one final fight in Strikeforce following the tournament. Although that decision seems kind of bizarre, there is no doubt both Cormier and Barnett will probably make their way into the UFC heavyweight division at some point. For now Cormier isn’t concerned.

It doesn’t really matter to me. I get taken care of by Strikeforce and Showtime. It doesn’t really matter right now because I know at some point I am going to be in the UFC. If I win this next fight and then lose the following one, then I will know that I’m not ready for a UFC title shot but I will still be entering into the UFC as the Grand Prix winner. Nobody would be able to take that away from me.

In order to become the Grand Prix winner it will require an outstanding effort to beat the “Warmaster.” 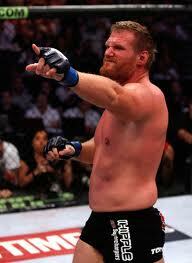 This fight is interesting because you have experience vs. pure athleticism. All of the past tragedies, Olympic experience are not going to get Cormier a win. Although all those things are great to draw inspiration from, winning will come from a solid game plan. Barnett is extremely dangerous and one mistake could mean sweet dreams for Cormier.

It will come down to my conditioning, my athleticism and my movement. I have to control the pace of the fight and where the fight goes and be confident in all areas. If I can do those things it should play out in my favor.

Over the years many have said the same thing about beating Barnett. The problem is you will never know until you get into the cage and see how it all plays out. This Saturday at the HP Pavilion in San Jose, California, Daniel Cormier will have a chance to taste another victory and make history by becoming the Strikeforce Heavyweight Grand Prix Champion. The crazy thing is it will be just another day and the next one will be just as special.