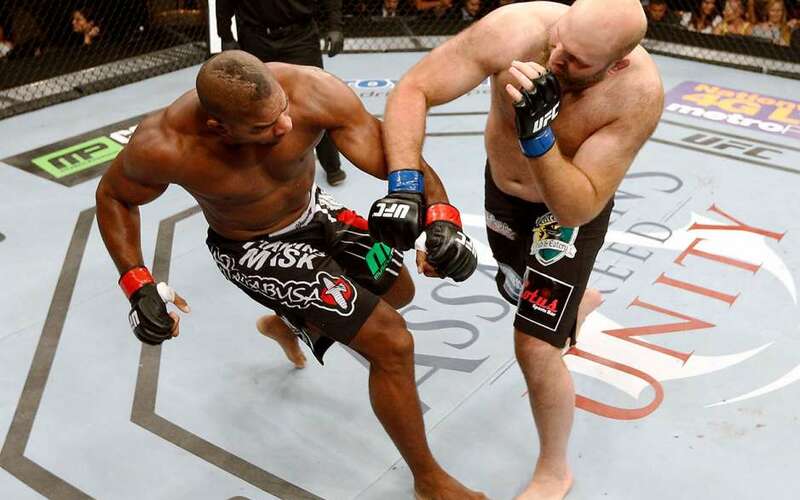 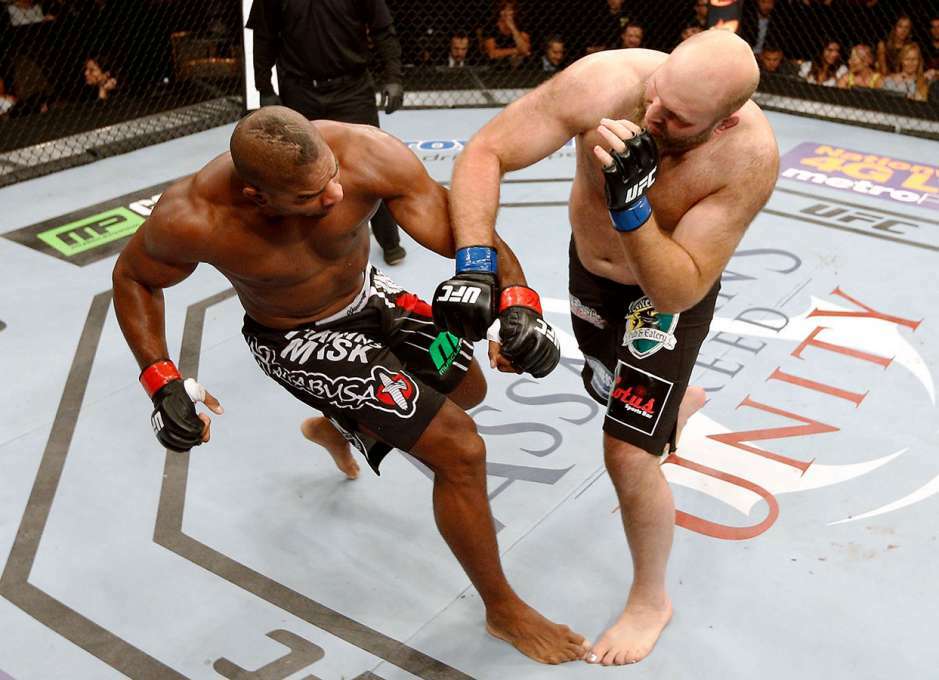 On September 5, 2014 UFC went head-to-head with Bellator on a Friday night for the first time this year and the underdogs reigned supreme.

The majority of the preliminary fights were, for the majority, rather lackluster. Three out of five fights went to a decision, one of which was split and Dana White seemed to have a problem with the outcome of that one. In response to the judges nod for Rafael Natal over Chris Camozzi he simply tweeted ‘WOW!!”

The entire card, which aired on Fox Sports 1 in the United States, started off the show with a yawn as Chas Skelly meticulously searched for a submission against Sean Soriano for all but two minutes of the first fight. From that point the excitement meter would steadily climb, peaking with ‘Fight of the Night’ award winners Joe Lauzon and Michael Chiesa, who put on an intense display of violence for seven minutes before the fight was called to a stop due to an enormous cut sustained by Chiesa.

Matt Mitrione burned more calories on his way to the octagon than he did while competing in it, knocking out Derrick Lewis with a short right hand that transitioned into a forearm shiver at just 0:41 of the first round.

Ben Rothwell came into his co-main event fight against Alistair Overeem as much as a four to one underdog. He stuck to the gameplan that Travis Browne and Antonio Silva laid out for him, he absorbed an early onslaught from Overeem followed by taking advantage of the Amsterdam native’s non-existent ‘chin’.

In the main event Ronaldo Souza likely locked himself into the number-one contender position at 185lbs. He lurched passed the jabs from a man who had defeated him six years prior under the DREAM banner landing power punches on his way to takedowns and repeated guard pass positions to set up submission attempts. The majority of the fight was spent in this manner, Mousasi appeared to have tapped in round two to a kimura to no avail, but did end up clearly submitting to a guillotine-choke late in round three.

Serra-Longo trained fighter, Al Iaquinta, put on a striking clinic against jiu-jitsu speicialist Rodrigo Damm. After dropping Damm late in the third round he turned his back and waved his hand indicating he wanted his opponent back on his feet. Herb Dean nearly called the bout over at that moment because Damm was reluctant to return to his feet, in hindsight he should have stayed down because his reward for standing was two big elbows to the head that finished him.

John Moraga was taken down by Justin Scoggins three times in their flyweight fight, each time Moraga looked for a guillotine-choke. Third time was the charm, after spending over four minutes on his back he was able to secure a submission victory over the highly touted young fighter.