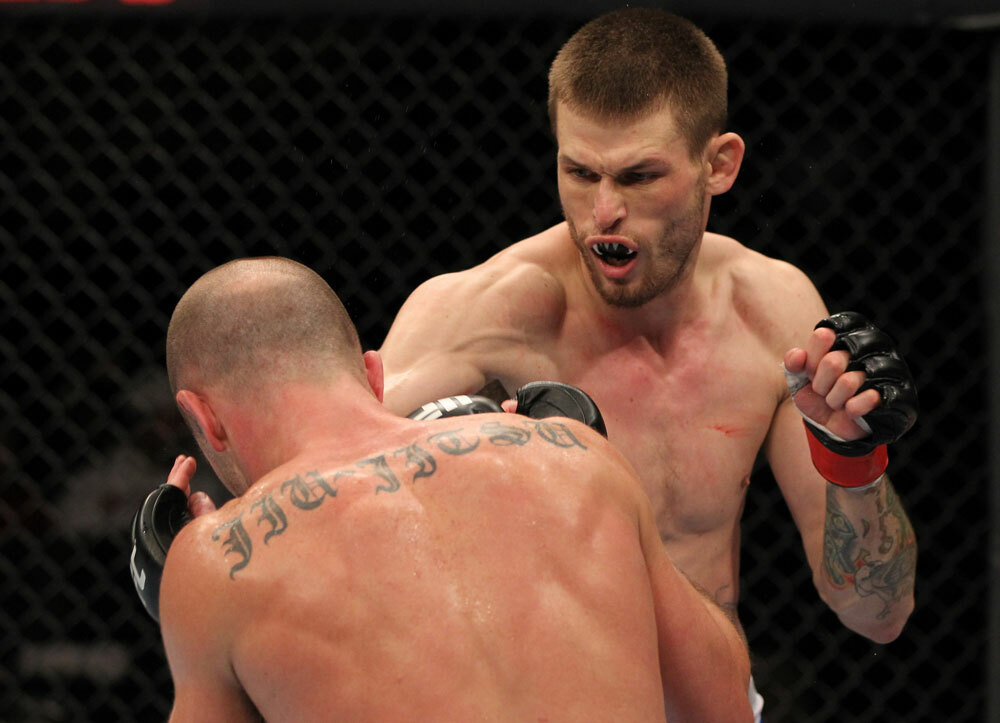 He stands 6’2” and the day before a fight, he tips the scales at 170lbs. He is current UFC welterweight fighter Tim Means. The 30-year-old American is a veteran of 29 MMA fights and comes away with a 22-6-1 record. His next fight takes place Saturday, February 28, 2015 at UFC 184, against The Ultimate Fighter season 19 runner-up Dhiego Lima.

The Dirty Bird – Getting to Know Tim Means

“In 2004-2005 I was getting picked on and getting into street fights,” Means told MMASucka.com, when asked what got him into MMA. Between 2006 and 2009 Means did a stint in jail/prison. He then returned to MMA because he “needed cash, fought for $200 bucks (laughs). Been here ever since.”

Means has been inside the cage with quite a few MMA notables throughout his career, including Bobby Green, Pete Spratt and Spencer Fisher. “Been in some fun fights. Been through some tough times away from MMA. So happy not to be sitting in a jail cell,” Means replied, when asked about facing some of the best MMA has to offer.

When we got down to things and discussed his fight, Means was asked if he’s eager to be fighting a guy like Dhiego Lima and what he thought of the matchup, “More than eager. Lima is a tough guy and likes to bully. Seems to have a little of everything – stand up and ground work etc. Fun matchup”

Means is 2-1 as a welterweight inside the Octagon, and 4-1 overall since moving up to 170lbs. He was asked how he feels in his new weight class and if he has any plans to move up or down in the near future, “I should have had another TKO on my record in December. Definitely staying at welterweight. I feel my power has gotten better. I let some momentum get away when I had my last two opponents hurt, so timing drills have become very important”.

I asked Means about particularly popular items on the MMA scene right now, such as call outs and any future opponents he has in mind. He wasn’t having any of it, “I am not over looking Lima that would be a mistake- my mission is Lima. Thinking of getting the job done at UFC 184.”

Just for fun, I asked Means to think back to the biggest fight of his life. He gets the win and then has to decide on a post-win meal, what did he reach for? “I grabbed the sweets, then regretted it.”

Means has a great deal of motivation. He’s been to the bottom. He’s dusted himself off, got back onto his feet and is currently fighting his way back to the top – and in a big way I might add. He’s focused on Lima and him alone – come February 28, 2015 at UFC 184 expect nothing less than the best from him. This will be a fight you won’t want to miss.