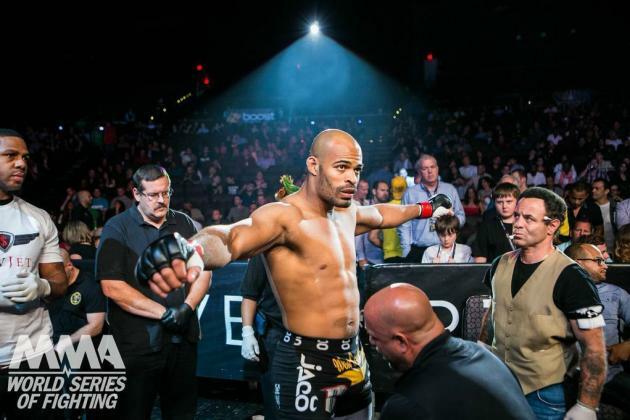 Jesse McElligott (5-1), originally slated for action on the WSOF 20 preliminary card, will step up to face Branch (15-3) in the main event.  The 24-year-old McElligott of West Roxbury, Mass., is looking for his third straight win.

“Ronny’s condition is an unfortunate situation, but we are glad that his health has improved since the episode he experienced earlier today,” said WSOF President Ray Sefo.

“WSOF is committed to the safety of its athletes,” continued Sefo, “and, therefore, there is no way that we could allow Ronny to go on and compete despite the turnaround in his condition.”

In the lightweight (155 pounds) co-main event, rising star Nick Newell (11-1) of Springfield, Mass. will face off with battle-tested Joe Condon (12-7) of Victorville, Calif.

In other live NBCSN televised main card action at WSOF 20, aggressive finishersOzzy Dugulubgov (6-2) of Hackensack, N.J. and Lucas Montoya (8-3) of Layton, Utah will square off at lightweight, and up-and-coming talents Steve Mocco (4-1) of Coconut Creek, Fla. and Juliano Coutinho (6-1) of West Yarmouth, Mass. will battle at heavyweight.

Doors at the Grand Theater at Foxwoods Resort Casino open at 5:00 p.m. ET, and the first of four preliminary bouts begins at 6:00 p.m.