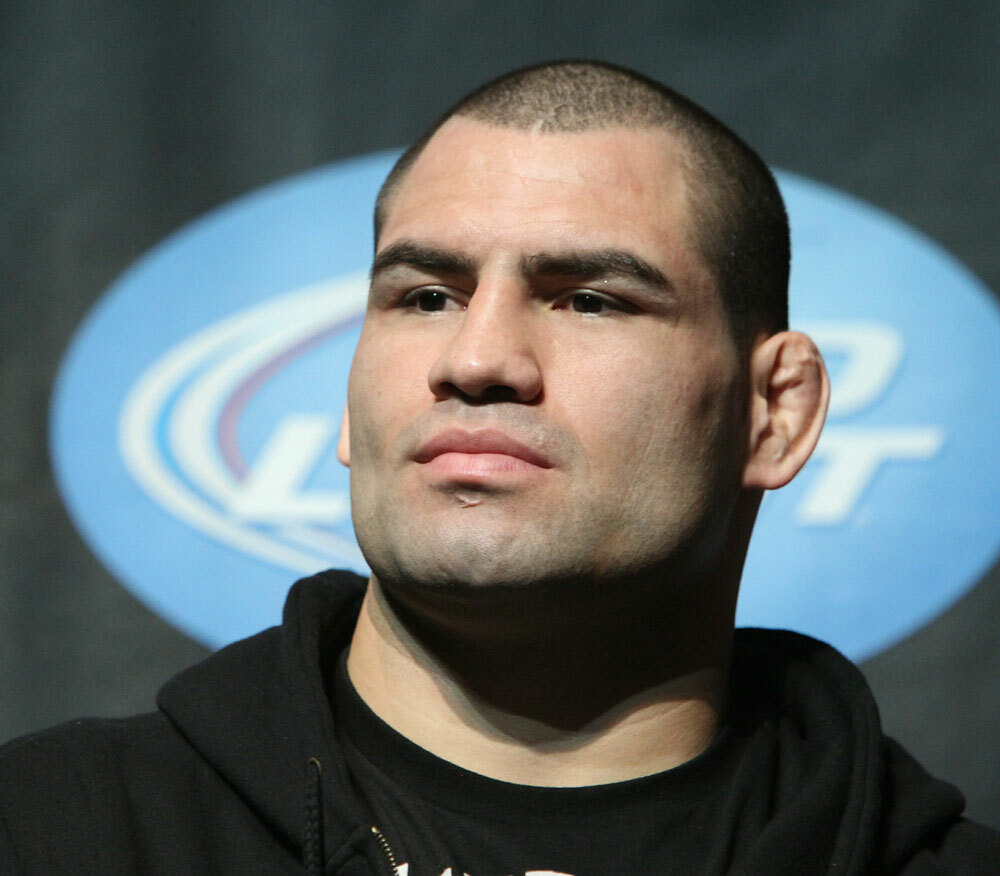 UFC Heavyweight Champ Cain Velasquez (13-1) returns this weekend to UFC 188. The champ had been on the sidelines dealing with injuries all while Fabricio Werdum (19-5-1) kept up with his winning ways and picked up the interim heavyweight title.

Werdum may not be the “real champ” but he is a formidable opponent for the AKA standout Velasquez. Maybe it’s the time off, but it has appeared some people have forgotten how dominant Cain was.

Cain Velasquez Should be the Face of the UFC

The last time we saw the California native, was back in 2013 and he was giving Junior dos Santos another beating. Fast forward to the present, and Cain finds himself in Mexico ready to remind people why he should be considered the #1 pound-for-pound fighter in the world.

Having Velasquez and his Mexican heritage was always a big deal for the UFC. It allowed them to get a foot into the Mexican market place, a country that has had a long and deep fighting history. Boxing is the combat sport of choice in Mexico but mixed martial arts has been starting to make some inroads. Having a heavyweight champion with Mexican blood has been something the UFC has always been excited about.

However, it shouldn’t be just about “Brown Pride” that has UFC executives drooling over Cain’s marketability, and to be honest, he shouldn’t just be pushed as the voice of Mexican mixed martial arts, but he should be the face of the UFC period.

In a sport where you can become a star for just spouting out one liners, dressing up in flashy suits, and taking the professional wrestling route of self promotion, Cain Velasquez brings a quiet professionalism and a nice guy attitude that should be the biggest reason the UFC needs him to help turn their PR problems around.

With guys like Anderson Silva, and Jon Jones on the outside looking in after recent scandals, and Georges St-Pierre in Canadian retirement, the UFC has been looking around for big stars to help promote the sport.

As great as Ronda Rousey (11-0) has been in and out of the cage, she is not the answer. She is a big time star and someone people will tune in to watch fight, but in a sport that is dominated by men, there needs to be more than just Rousey.

Conor McGregor (17-2) has been a blessing in disguise and when he faces Jose Aldo (25-1) on July 11th at UFC 189, the pay-per-view numbers will be large. However, there needs to be a yin to McGregor’s yang. You want to have the classy athlete who can be put on cereal boxes and are somewhat of a role model for the sport.

McGregor is too much of a wild card right now to be entrusted with the role model mantel. Yes the UFC needs someone they can package and present as the face of the sport who can be a killer in the cage and a professional outside of it.

It’s more than just kissing babies and signing autographs. The UFC needs an athlete who doesn’t need PEDs, a guy who doesn’t wrap his Bentley around a light pole, nor do they want fighters beating their wives or whipping children with sticks, what they need is a supreme being who can be a spokesman for the sport. It’s what Georges St-Pierre was great at and the UFC hasn’t been able to fill that void since GSP departed.

This weekend we could be reminded of the greatness that is Cain Velasquez. Many have called him the greatest heavyweight of all time, the best thing to happen to MMA since Fedor Emelianenko.

The UFC marketing muscle needs Cain and they should be doing a better job of making him the face of the sport. For the UFC to be successful in the PPV realm they need to have stars. Currently there just isn’t a lot for the casual fans to get excited about.

Traditionally your heavyweight champion was considered the baddest man on the planet. The cornerstone of the organization. As great as Jon Jones was as an athlete he has turned out to be a piss poor human being. The organization threw all their ducks into the Jones basket and it blew up in their face.

For whatever reason, Velasquez never got the same hype and promotion as other stars in the past. Yes part of the reason is because of the injury layoff but even when Cain was winning and doing so in dominant fashion, he was always in the shadows of other men.

If Cain defends his title this weekend people will start talking about him being the greatest of all time or at least where he fits in the current pound-for-pound rankings. The UFC has a star; they just haven’t done a great job of marketing him as such.

That needs to change because Cain Velasquez is not just a fighter that can make the UFC mucho peso, but he should be the front and center athlete to help push the sport past the negativity that has surrounded the Octagon for the last couple of years.