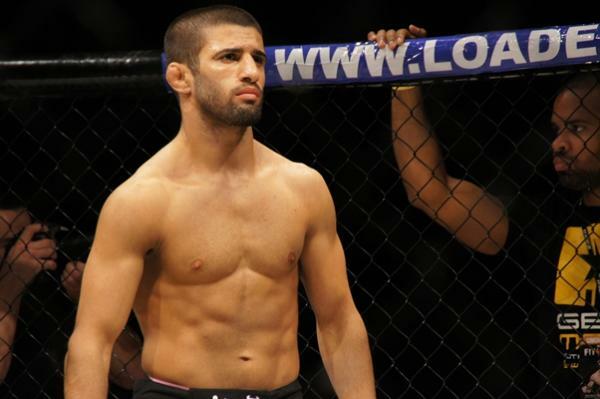 In an interview with Sweden’s Kimura.se, Sirwan Kakai revealed that he was cut from the UFC and has signed a 4-fight deal with Bellator MMA to likely debut in March of 2016.

Here is a rough translation of what was said:

“They just said that they have too many employees and need to let go of some people,” says Sirwan. “I was unfortunately one of them as they follow the first-in, first-out principle. It was not about my performance in the cage. They mentioned, however, that I will be invited back in the future if someone were to pull out due to injury.”

The UFC told Sirwan that he could choose to remain and fulfill his contract, but that he would have to wait nearly a year (August 2016). Sirwan had no plans to sit and wait, therefore, he made Bellator his new home.

“I was even told that if I should continue with the same contract, I would not get off until August 2016 and that I could sit on the bench and wait, but I want to improve my life and the only thing that is important in this sport is to win their matches. I win my fights I am going where I want. So when Bellator opened his door, I chose to say yes.”

GBG MMA / American Top Team product Sirwan Kakai signed with the UFC in 2015 and went 1-1 in the promotion. He made his debut at ‘UFC Fight Night: Machida vs. Romero’ in June, beating Danny Martinez via unanimous decision. He followed that with a close split decision loss to Frankie Saenz less than two months later.

Prior to the UFC, he fought mostly in Sweden under the The Zone FC and Superior Challenge banners, as well as one fight a piece in promotions like Titan FC and Pancrase.