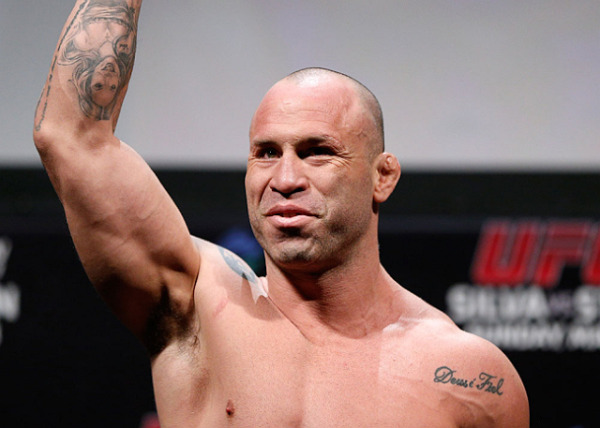 RIZIN FF, the combat sports promotion led by former PRIDE FC head Nobuyuki Sakakibara, announced during a press conference, the signing of all-time Mixed Martial Arts (MMA) great Wanderlei “The Axe Murderer” Silva (35-12-1, 1 NC) to a multi-year promotional contract, as well as the first two bouts, one of which will feature Silva, for its second live event that will take place at the 10,000 capacity Nippon Gaishi Hall in Nagoya, Japan on Sunday, April 17.

Priced from 100,000 yen, tickets for “Top Presents RIZIN Fighting Federation I” are on sale and can be purchased online at TicketBis.com.

Silva, the former PRIDE middleweight champion and 2003 PRIDE Grand Prix middleweight champion, will team up with a fighter to be determined, in a special grappling “tag match,” the rules for which will be announced soon, and battle a duo consisting of another legend, Kazushi Sakuraba, (26-17-1, 2 NC) and Hideo Tokoro (33-28-2).

Following the April contest, Silva, who held several records under the PRIDE banner, including longest win streak and most KO’s, will compete under MMA rules in future RIZIN FF events.

A former HEAT middleweight title holder, the 33-year-old Kato made an explosive debut before a live U.S. television audience on Spike when he scored what was later named “Knockout of the Month” – a crushing, second round (:34) KO (punch) on American star Joe “Stitch ‘Em Up” Schilling at Bellator 139 on June 26, 2015.

To date, all of Kato’s professional victories have come by way of (T)KO.

The number 10 ranked welterweight in Japan, Watanabe will make his first appearance of 2016 and look to rebound from a first round (2:00) submission (rear-naked choke) defeat at the hands of Keita Nakamura on July 20, 2015, a loss that halted a seven-fight win streak for Watanabe.

The 24-year-old Kubota is a three-time shoot boxing tournament champion who made her much-anticipated MMA debut in stunning fashion at the RIZIN FF New Year’s Eve extravaganza, where she notched a second round (3:31) submission victory over Jleana Valentino with a flying armbar.

Additional bouts for “Top Presents RIZIN Fighting Federation I” will be announced soon.