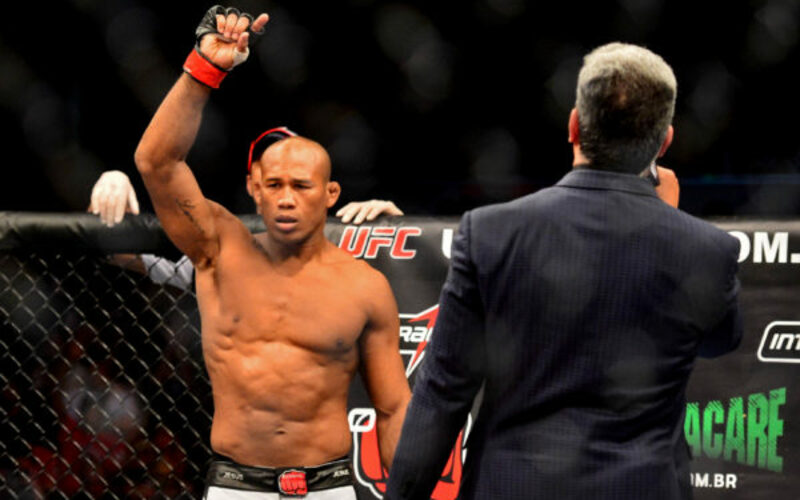 Ronaldo “Jacare” Souza defeats Vitor Belfort via TKO in the 1st round at UFC 198.