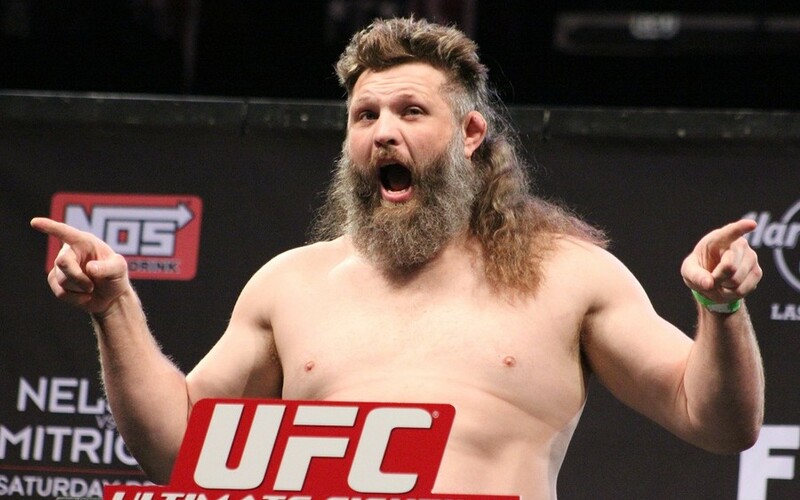 It’s Memorial Day in the United States, giving everyone an excuse to stuff their face with hot dogs, drink too much beer, and dress up in the colors of the flag. It’s like St. Patrick’s Day except we caricature ourselves instead of the Irish.

But hey, let’s do something to add to our collective Memorial Day traditions. Before you grab that hot dog and beer, why not load up these classic Memorial Day knockouts to show your friends and family? (All links via UFC Fight Pass.)

Brian Stann vs. Jorge Santiago, UFC 130 – The knockout isn’t anything out of the ordinary – a right counter lands near Santiago’s ear and Stann finishes with ground and pound – but Stann is a national treasure, and it’s only right that he leads off this list.

Travis Browne vs. Stefan Struve, UFC 130 – If you’ve never seen a 7-foot tall man fall down awkwardly on one leg, this is the video for you.

Chuck Liddell vs. Guy Mezger, Pride 14 – Evans would be the one to popularize the stanky leg, but it was the man he defeated at UFC 88 that delivered the original way back in 2001.

Cain Velasquez vs. Antonio Silva, UFC 146 – Cain Velasquez fought for the first time since dropping the heavyweight strap, and he honored American soldiers by painting the canvas red with the blood of a very large Brazilian man.

Cain Velasquez vs. Antonio Silva (UFC 160) – Velasquez celebrated his reacquisition of the heavyweight title by delivering another beating to the very large Brazilian man 364 days after the first.

Roy Nelson vs. Dave Herman, UFC 146 – Roy Nelson’s right hand is so powerful, it folds and unfolds Dave Herman like an accordion with one shot.

Houston Alexander vs. Keith Jardine, UFC 71 – FightMetric awarded only two official knockdowns, but there’s damn near a half dozen flash knockdowns in this 48-second beauty.

Spencer Fisher vs. Matt Wiman, UFC 60 – Matt Wiman motioned that a right hand that rocked him didn’t rock him; Spencer Fisher took that as an opportunity to land a picture perfect flying knee.

Junior dos Santos vs. Mark Hunt, UFC 160 – Is there anything more beautiful than a heavyweight spinning hook kick?

Kimbo Slice vs. James Thompson, EliteXC: Primetime – The finish wasn’t satisfying, but watching James Thompson’s ear explode made up for it.

Best of the Rest

Terry Martin vs. Ivan Salaverry, UFC 71 – It wouldn’t be a proper MMA knockout list without someone getting thrown straight on their head.

TJ Grant vs. Gray Maynard, UFC 160 – TJ Grant is basically retired while Gray Maynard continues fighting; it should be the other way around.