The UFC has changed since Brock Lesnar’s last fight 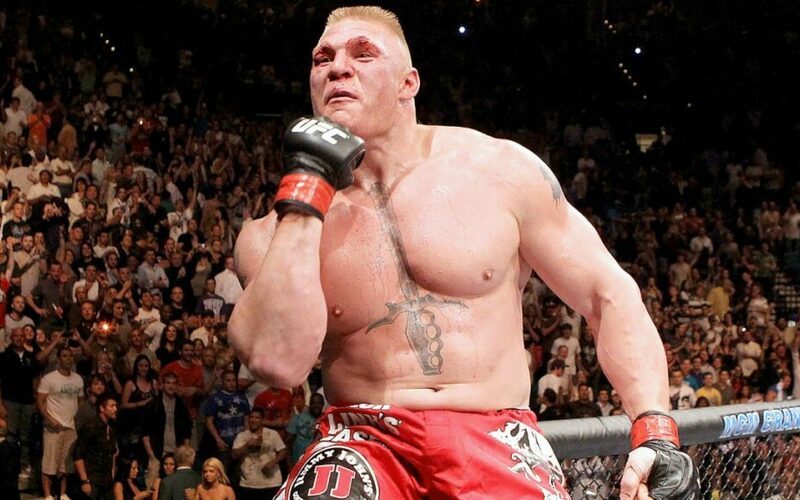 The world wasn’t all that different the last time Brock Lesnar appeared inside a UFC cage. Barack Obama was President of the United States. LeBron James was in the middle of a championship season. People were using smart phones. Gas had a price at the pump.

Cruz is the only man left holding a belt, thought he had to win it back after being stripped due to injuries. Jones is still champ for all intents and purposes, and he looks to rectify his situation on July 9th. Aldo will will look to sort of rectify his situation on the 9th as well. Silva got old. St-Pierre took a few years off. Dos Santos got wrecked twice by Cain Velasquez. And Henderson is now fighting for Bellator.

The UFC has changed since Brock Lesnar’s last fight

The list of champions also reminds us that the UFC has added a few weight classes in the interim. First came flyweight (March 2012), then women’s bantamweight (February 2013), and finally women’s strawweight (July 2014).

The heavyweight championship has changed has three times. Dos Santos dropped it to Velasquez on December 29, 2012. Velasquez defended the belt in rematches against Antonio Silva and dos Santos before being submitted by Fabricio Werdum on June 13, 2015. Werdum didn’t fight for nearly a year before Stipe Miocic knocked him out in May.

At the time, Mark Hunt was 2-1 in the UFC after a five-fight losing streak in Japan. Since then, he’s gone 5-3-1, which includes a loss to Fabricio Werdum for the interim heavyweight title. All of Hunt’s win have come by KO/TKO.

Steve Mazzagatti was still refereeing UFC events. Via Tapology, he appeared on ten UFC cards, before disappearing after UFC 168.

The UFC still used knockout and submission of the night bonuses, which were ditched in favor of two performance of the night bonuses in February 2014. The UFC paid $75,000 for each bonus at UFC 141. The variable bonus amounts eventually became standardized at $50,000 per bonus at each event. The last bonus of a different amount was a $75,000 fight of the night at UFC 169.

The UFC signed a deal with Fox in August of 2011 AND delivered a fight for the Fox Network in November 2011, but the deal didn’t “officially” start until January 2012 with a card that featured Rashad Evans and Phil Davis. In August 2013, Mauricio Rua and Chael Sonnen headlined the first event on Fox Sports 1.

Early prelims at UFC 141 were aired on Facebook. Those now air on the UFC’s digital streaming service, Fight Pass, which went live in December 2013.

Testosterone replacement therapy was still all the rage. The Nevada commission banned the use of TRT in February 2014, with the UFC following suit shortly thereafter. On July 1, 2015, the UFC Anti-Doping Program launched, with the United States Anti-Doping Agency at the helm. This anti-doping program also ended the practice of using IVs to rehydrate after weigh-ins.

Lesnar was still able to rep Jimmy John’s inside the cage. Now he’ll have to wear a Reebok uniform (er, fight kit), thanks to a deal signed in December 2014.

Lorenzo Fertitta and Frank Fertitta III held majority ownership of the UFC. That may not be true come July 9th.