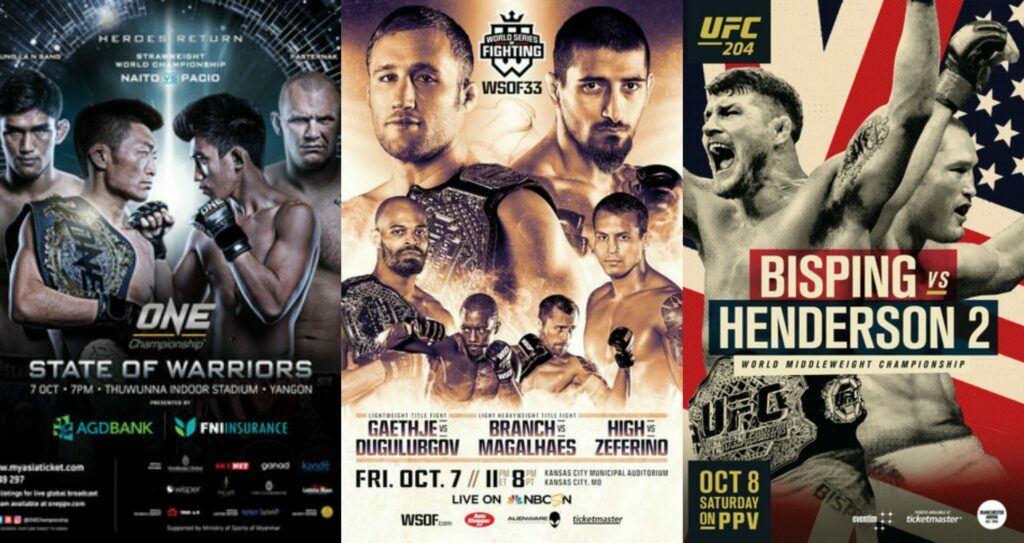 A pretty solid weekend in MMA ahead.

The main event of the weekend takes place in Manchester, England. UFC 204  will see middleweight champion Michael Bisping look to defend his recently earned title against Dan Henderson in a rematch years in the making. Bisping hopes to get revenge on ‘Hendo’ after being brutally KO’d at UFC 100. The co-main event features veteran strikers Gegard Mousasi and Vitor Belfort.

These are just some of the events this weekend! Check out the full list below!