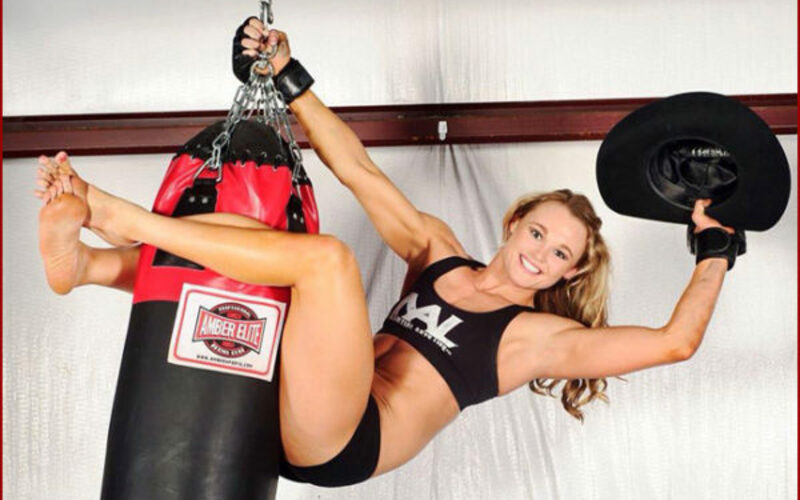 Invicta FC 21 promises to host a slew of exciting fights, welcoming back fan favorites plus a few new signees with fight of the night potential. Featherweights Megan Anderson (7-2) and Charmaine Tweet (9-5) will battle for the Interim 145 lb title currently held by Christiane “Cyborg” Santos, whose immediate future is unknown. Megan is on a three-fight tear, handing out KO’s and TKO’s. Charmaine bounced back from a loss against Cyborg in 2015 with three straight wins of her own, KO’s included, making this a great match-up.

Pannie “Sexy Scramble” Kianzad (8-1) will take on Raquel “Lionheart” Pa’aluhi (5-5) as the co-main event. Pannie boasted an impressive undefeated 7-0 record before meeting Tonya Evinger in a Invicta 14’s main event in September of 2015, where she was defeated by TKO. Raquel has fought many tough contenders in her career, but it’s been a year since she stepped into the cage. She last dropped a split decision to Colleen Schneider, but before that beat Ediane Gomes and Kaitlin Young in Invicta 12 and 9. That doesn’t mean she hasn’t been busy, though.

“I got married this year, so a lot has changed for me,” the Hawaiian told MMASucka. “My husband and I trained, competed, and traveled a lot. I did a lot of jiu-jitsu tournaments and adjusted my focus on that because I wasn’t getting called to fight. I won the Pan Ams and No Gi Worlds, and placed 2nd and 3rd at Gi worlds. I got my brown belt from Robert (Drysdale) after winning the No Gi Worlds the second time at purple belt. He belted me on the podium, which was a very cool experience. I think I did about ten tournaments between March and November. Jiu-jitsu is a large part of my life and it’s just as important to me as my fighting career.”

She plans to go to Portugal the week after Invicta 21 to compete in The Europeans tournament. When asked about the match up with Kianzad, she replied, “I think it’s a good match up for me! Pan is tough and will bring the fight to me. It’s the kind of fight that I like! I expect it to be a fast pace fight! Everyone thinks it will be a war but I’ve changed a lot this last year. I’m a lot smarter of a competitor now so I think it’ll be interesting for everyone.”

Over the past year, Andrea has been focusing on BJJ and wrestling. She competed in 10 absolute division BJJ matches, and 2 pro BJJ matches. “I feel my jiu jitsu improved more in 2016 than in the previous two years combined,” she said. “That being said, I know Jenny Liou is strong on the ground. She has notable submissions over some common opponents that we share. I do however think she is a little one dimensional and doesn’t present a significant takedown threat. I feel that I’m just a little more well-rounded and can have this fight wherever I decide. I have been submitting people all year and I’m pretty hungry for a KO finish. I think Jenny is a great test for me but I think she will give me the chance to finish. I just have to capitalize and be patient.”

Andrea, her husband and coach Donny just completed building their new Karate Mafia facilities. “We turned our 20 acres into a virtuoso fight ranch complete with housing for incoming fighters and a water front view. It’s the coolest set up I’ve ever seen.”

Star boxer Heather Hardy and well-rounded Brieta Carpenter will face each other for their pro MMA debuts. They are not lacking in fighting experience, however. At 34 years old, Heather is WBC International Female Super Bantamweight title holder, and has won regional and national boxing titles, along with kickboxing ones, as well. Brieta “Tank Girl” Carpenter is 23 years old with an 8-2 amateur record, and has finished six of those wins. It seems unlikely this fight will go the distance.

Amy Montenegro lost by armbar to Helen Harper when they fought to get into the House on The Ultimate Fighter season 23. She bounced back with win in Super Fight League against Glena Aliva this past December and is ready to Norwegian fighter Celine Haga to Invicta.

Celine is a women with a unique and inspiring story. She tried to get into the army in Norway, but failed every physical test they had, so she started weight lifting. Just when she thought she was getting strong, a guy she liked showed her a kimura. “I was fascinated by how such a simple technique could make me so fragile so easily. I decided to take a few private lessons in jiu jiutsu just so I could learn the same moves (and to impress the guy). After my first lesson I had fallen in love with it, and from there on I got introduced to kickboxing etc. My love and passion for the sport have just grown stronger every day since then.”

Celine moved to Oslo to train, but MMA was still new in her country. She trained in a basement with 5-6 men who were way more experienced, skilled, and larger than her. They mostly did live training and sparring, and she lacked specific coaching and drilling.   “I was a super big fan of Megumi Fuji,” she said. “I took some of my poker winnings and decided to take a chance and buy a ticket to Tokyo to train with her. I ended up liking it so much that the next three years, I kept on travelling back and forth, living with my fighter boyfriend at the time in hotels, renting apartments, or staying at my friends’ places, or gyms.”

She even stayed for a few months with her friend and fellow Invicta fighter Roxanne Modafferi in Kawasaki before the Happy Warrior moved back to the US. Celine debuted in 2009 in Jewels in Japan against a significantly larger opponent, Shizuka Sugiyama. It was a rocky start of a 4-fight losing streak.

“I started to fight a little bit after one year and a few months after I first stepped on a mat ever. I’m an all-or-nothing person so I knew right away that this was something I really liked. I was in Japan at that time and when they offered me a fight, there was not even a question about taking it. Fighting in a different country, being a pro, it was super exciting to me and a chance I couldn’t just let pass!”

All of her opponents had more experience than her, and despite knowing she was an underdog, always accepted the fight. “Lack of knowledge when it came to weight cutting, how to train for a fight, jet lag, etc, made everything harder.”

Her first win was defeating Mika Nagano, a former champion! She shocked the Japanese MMA world. “It was the happiest day of my life. I’ve never ever felt such happiness ever,” she recounted. “Such euphoria, the feeling of inner peace, total freedom, it felt amazing. Then again losing to the same girl the next fight made me feel the exact opposite. I never ever had quitting as an option. I knew that I had performed well against good fighters. I felt so ashamed for so long that I avoided people, and got nervous every time people even just mentioned MMA. I had lost 11 out of 12 fights (by Sept. 2012). I had already sacrificed so much following my dream, and at the same time failing at it was just the hardest thing ever. People laughing at me was not as hard as people who were treating me as a fragile loser and just pitied me. That was the worst. What kept me going through the hard times was my stubbornness, my obsession, and my passion for the sport. No matter how bad my record was, deep inside I believed in myself and I knew that no matter how hard this would be I would not give up. Ever.”

She moved to Jackson- WinkMMA in Albuquerque and has been there for the past three years. “I feel so strongly attached to this gym and this place that I knew there was no way I could go back to Norway,” she said.

She came to Vegas to try out for the Ultimate fighter season 23, which featured the 115 weight class, but they wouldn’t even let her try out due to the fact she had more losses on her records than wins. Celine has had trouble finding fights due to people not wanting to fight her, or fights not getting approved because of her record and experience. She is now on a four-fight winning streak. “It feels great to finally get a chance to fight for Invicta, but I won’t feel really happy until my hand is raised and I’ve gotten that win in there!” Her short term goals are to get an even, and then winning record. “I’ve never had one,” she said candidly. “I want to prove that, not giving up, keeping on going no matter what are more than just words on fancy memes and motivational quotes. If you really believe, work hard, and are consistent, anything is possible.”

When Celine isn’t training, she enjoys playing chess, eating, listening to music, and is really good at poker.

Also on the Invicta 21 card is Sijara Eubanks (2-1) vs. Aspen Ladd (4-0). Rachael Ostovich (3-2) will fight pro debut-er Christina “Misfit” Ferea (0-0). The Hawaiian Ostovich, who usually dresses as Wonder Woman, has a wrestling background but has worked hard to be well-rounded. She’s coming off a win from Ariel Beck in Invicta 17. Ferea comes from a Muay Thai background and is 3-0 as an amateur.

See the full fight card below:

Tickets for Invicta FC 21 can be purchased via Ticketfly.com. 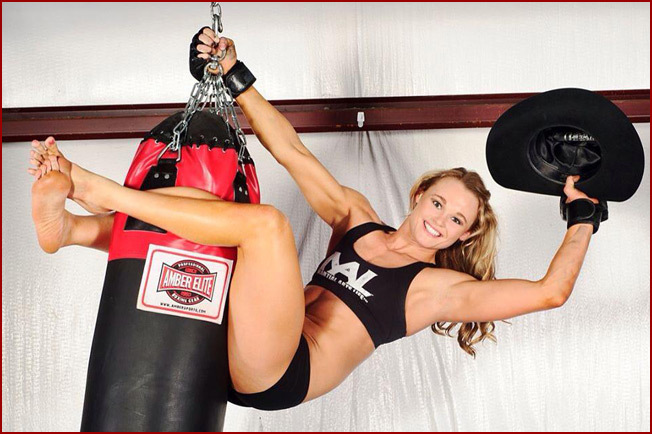