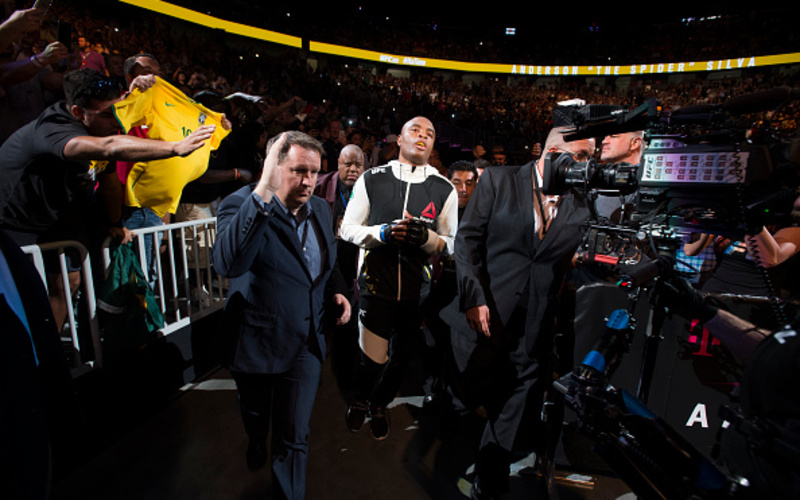 It appears that UFC 208 in Brooklyn now has it’s co-main event. Dana White announced on his twitter account that Anderson Silva will face Derek Brunson at the event on February 11th. Silva will surely bring some much needed attention and star power to a 208 card that has been met largely with disinterest.

Brunson last stepped into the Octagon in November when he lost in a hectic brawl to Robert Whittaker, and the last time we saw The Spider fight it was as a last minute replacement to face UFC light heavyweight champ Daniel Cormier at UFC 200 in July, where he lost to Cormier via unanimous decision.

Prior to his loss to Whittaker in Australia, Derek Brunson was riding a 5 fight win streak in the middleweight division that included wins over Lorenz Larkin, Sam Alvey and Uriah Hall. He will look to bounce back against the legendary Silva who has not actually won a fight since 2012. (His victory over Nick Diaz at UFC 183 was overturned to a no contest)

The card which takes place February 11th will go down at the Barclays center and will be headlined by Holly Holm vs Germaine de Randamie for the first ever UFC women’s featherweight title.