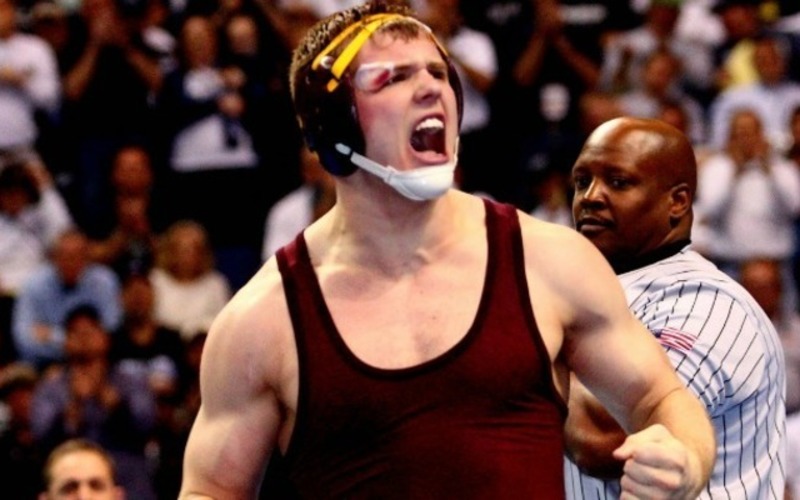 With so many different countries and promotions participating in MMA around the world it can be hard for fans and even experts to track upcoming MMA prospects.

In a sport like football, it’s much different. We not only have College football on TV, but we even have High School football on TV as well as sports networks like ESPN and FOX tracking the best future talent.

In MMA, it’s not like that at all. Luckily with online streaming services like UFC Fight Pass and FloCombat we’re able to see a lot of these smaller promotions, but even then some the fights are going on in all different time-zones.

Luckily we have a lot of experts going around and tracking top prospects and we did our best to put a list together of the top 40 up-and-coming fighters for 2017.

*Note that the list only contains fighters who have fought for less then 5 years as well as talent that have been in the UFC for over a year although we made a few exceptions to the rule.

If you think we missed any prospects, leave a comment below and we’ll check it out. 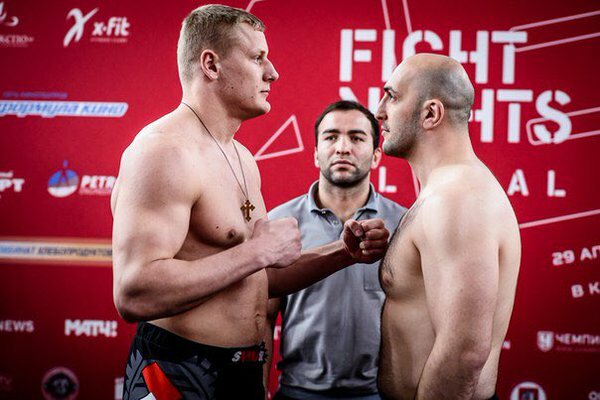 One thing that is odd about Russian heavyweight Sergey Pavlovivh is that he comes from Greco Roman background but has mostly displayed striking skills in his MMA career thus far.

Pavlovich is just an uber-aggressive fighter. He’s a patient fighter, but as soon as he has an opportunity to attack he goes for the kill. He has big power but often gets a bit reckless. As he goes up the ladder in competition, he will need to clean that up.

It’s really hard to predict how good these Russian fighters (or Eastern European for that matter) will be. Pavlovich has beaten the gatekeepers that a lot of the bigger named European Heavyweights have fought, so going off of his level of competition and skillset we can expect big things.

However we expected big things from Marcin Tybura, Damian Grabowski, Viktor Pesta, and they have all disappointed. 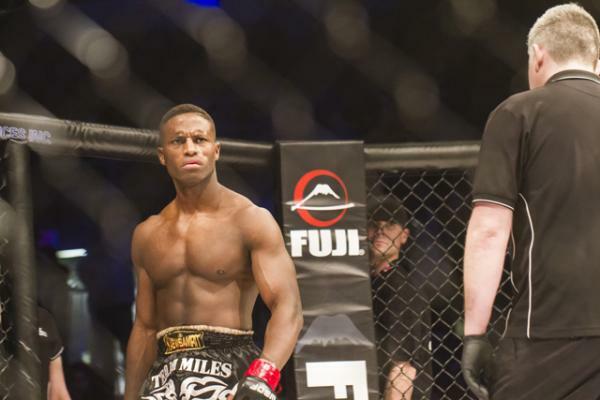 Hakeem Dawodu has one of the more interesting stories in MMA. Raised in Calgary by a single-mother after his father was deported back to Jamacia, Dawodu was a troubled youth.

He was in an out of juvenile detention centers and was eventually sentenced to 40 hours of anger management courses. Instead he made a deal with his probation officer to take up Kickboxing where he’d find his true calling.

After 60 pro Kickboxing fights, Dawodu signed with World Series of Fighting. He debuted with a knockout. At 6-0-1, Dawodu had his best performance to date when he TKO’d Marat Magomedov.

Magomedov is a very good grappler and Dawodu answered the ‘can he beat a grappler’ question we often see with strikers entering MMA. He really needed to answer that question after a split draw against Magomedov 6 months earlier.

He’s fought pretty decent competition thus far and he’s right on the cusp of singing with the UFC it seems. If he can beat a veteran or two he might get picked up by the end of 2017. 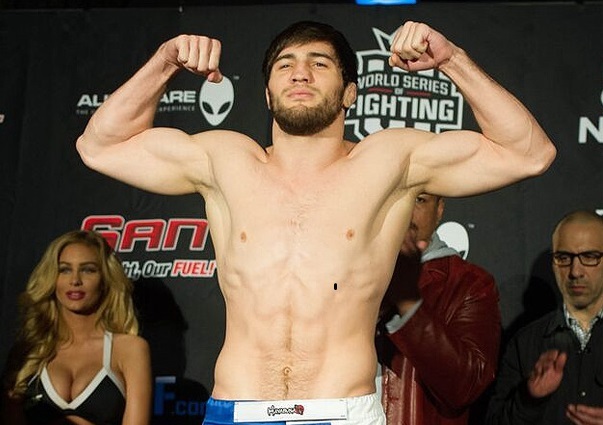 Shamil Gamzatov is a bit of a tough fighter to gauge. He has all of the physical tools you look for, but it’s just a matter of putting them together that’s the problem. This could be the year he finally puts it together.

Gamzatov is an uber-aggressive fighter, but at the same time he’s very patient. When he needs to get aggressive, he does in a big way and has finished a lot of opponents. He’s finished 10 of his 11 opponents, including former WSOF title challenger Terry Holder.

Unfortunately Gamzatov looked terrible in his last fight against Light Heavyweight gatekeeper Rodney Wallace. Wallace was able to out-grapple him throughout the fight and probably should have gotten the decision. It’s a disappointing start to the year for Gamzatov, but not all hope is lost. 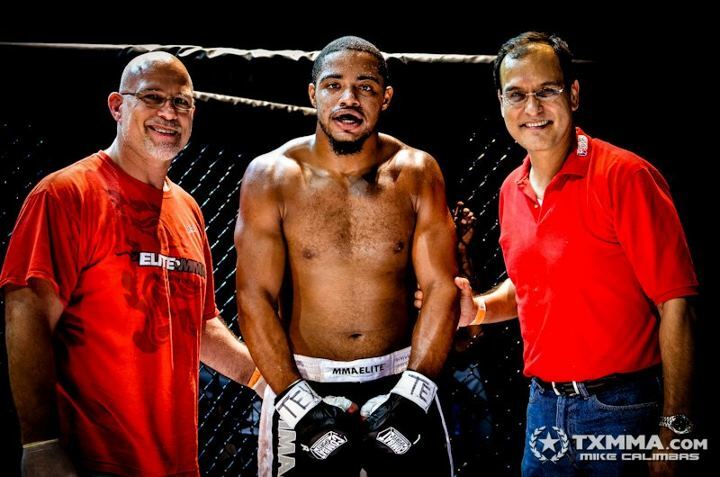 Division: Middleweight
Age: 24 | Country: USA | Affiliation: Texas Elite MMA
Style: MMA | Promotion: LFA | EXP: 2 years
Trevor Giles is a guy a lot of people have been sleeping on. Like a lot of Texas fighter’s, Giles debuted in the Legacy Fighting Championship.
He is now signed to the Legacy Fighting Alliance and will headline an upcoming card.
Giles has finished all 8 of his opponents including UFC veteran Josh Clark and highly touted prospect Brendan Allen. With a win in his next fight against Ryan Spann, he could get the call up to the UFC. 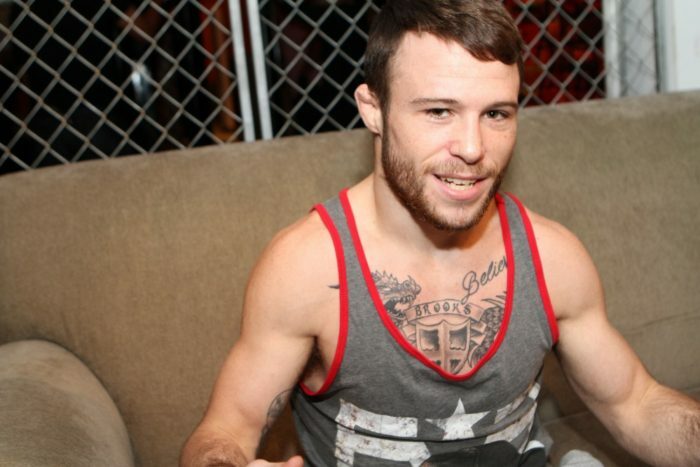 Jarred Brooks was recruited by a lot of the top wrestling programs in High School but ultimately gave up amateur wrestling to turn pro in MMA.

To put it lightly, Brooks is a dominant wrestler. He’s has destroyed his opponents by taking them down and applying vicious ground and pound. Brooks has fought as low at 115 pounds but is really a true Flyweight. He’s gone over to Japan several times and has beaten strong opposition.

After Neil Seery pulled out of a UFC 208 bout with Ian McCall, Brooks got the call up to the UFC to replace him. That is a tough debut for Brooks but it should be a great fight. 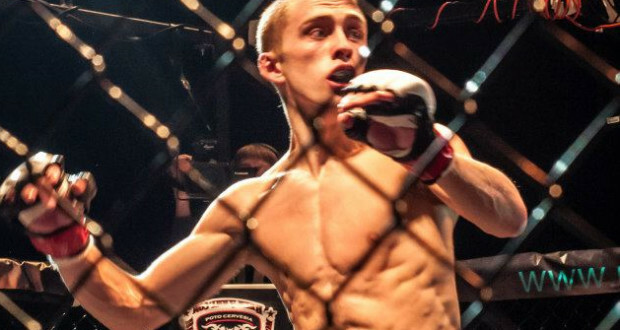 Jarred Scoggins is the younger brother of UFC Bantamweight Justin Scoggins, and some argue he might be the better of the two, but that’s saying a bit too much.

His style is very similar to Justin’s in that it’s wrestling-oriented with a heavy dose of ground-and-pound and aggressiveness. But Jarred hasn’t shown the level of striking skills that Justin has shown. That’s not a bad thing, he’s only had 4 fights to showcase his skills.

But it is worrisome that Jarred fights with his hands down so much. Now if he is just as good as Justin is on the feet, then it shouldn’t be a problem, but we know the tales of fighter’s who can’t seem to get their hands up.

Jarred is very green, but he’s definitely a guy to keep an eye out for. He will without a doubt be on the big stage within the next 2 years. 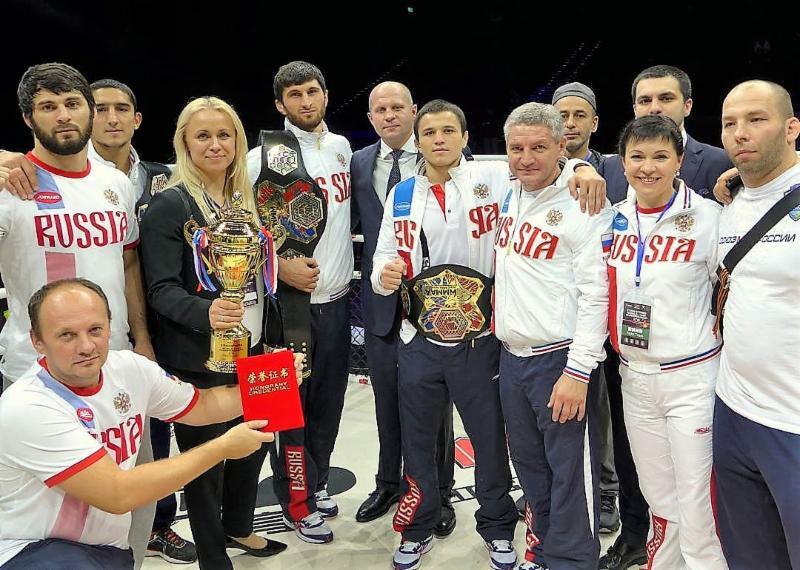 Magomed Ankalayev has been fighting on the Russian regional scene for about 2 years now and has won a gran-prix yournament as well as an amateur championship. Now 7-0, Ankalayev will likely get picked up by one of the bigger promotions in Russia pretty soon.

He is a pretty tall Light Heavyweight at 6’2 and uses his range well for the most part. He has good power and great footwork. He’s also a great counter puncher. While his game is overall bland, he gets the job done.

Hopefully as he steps up in competition we get to see his ground game tested a bit more. That is the one area of concern with Ankalayev aside from his lackluster finishing ability (only 2 finishes in 7 fights.) 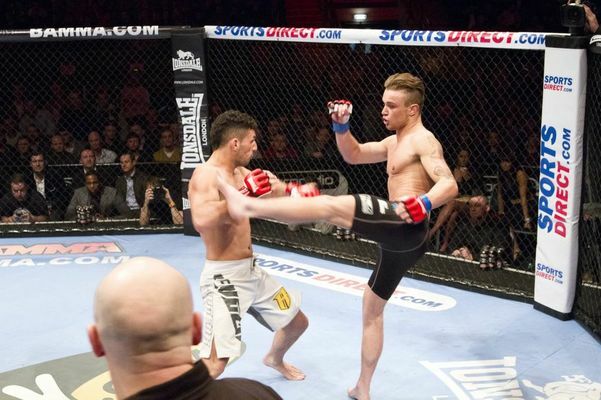 Ryan Scope is a real well-rounded fighter who’s been on the European scene for quite a while. He turned pro at 17 all the way back in 2008, but has taken several stints away from the sport.

Last year he returned to MMA after a year away, and that was preceded by a 1 and a half year layoff due to health concerns. Now that it appears that he is fully healthy and ready to go.

Scope is good anywhere the fight goes. He has good standup, works well in the clinch, has decent wrestling, good power (has finished all 10 of his opponents,) and excellent jiu-jitsu.

The only area of concern with Scope aside from his injuries has been his striking defense. He gets hit a bit too much.

Experts were concerned about his defense when he first rose on the scene, and to this day it’s still a problem as evident in his last fight against Yusup Umarov. In that fight he was knocked down and nearly finished before sweeping his way back to his feet and finishing Umarov.

This is what’s going to separate Scope from being a good fighter to an elite fighter. If he can clean up his defense, he’s going to make a big name for himself. 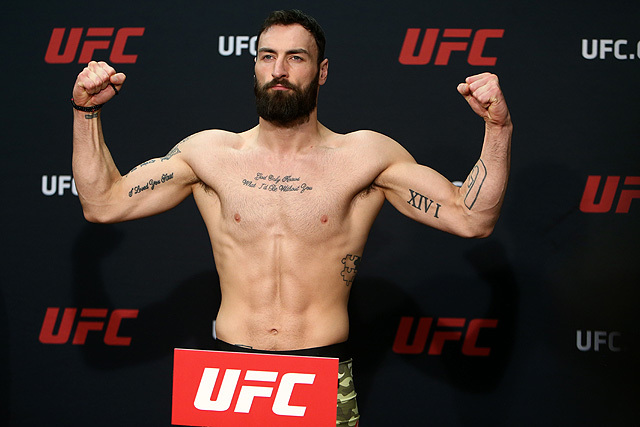 Fighting out of Scotland, Paul “the Bearjew” Craig burst on to the scene after upsetting highly regarded prospect Karl Moore.

Craig has since come over to the UFC and won his debut by submission. He’s finished all of his opponents thus far in his MMA career. 8 of those wins have been submissions. He is a large 205er having fought at Heavyweight before as well having a 6’4 frame.

With the UFC desperate to push Light Heavyweight talent, Craig has the personality and fight style to draw in large crowds. 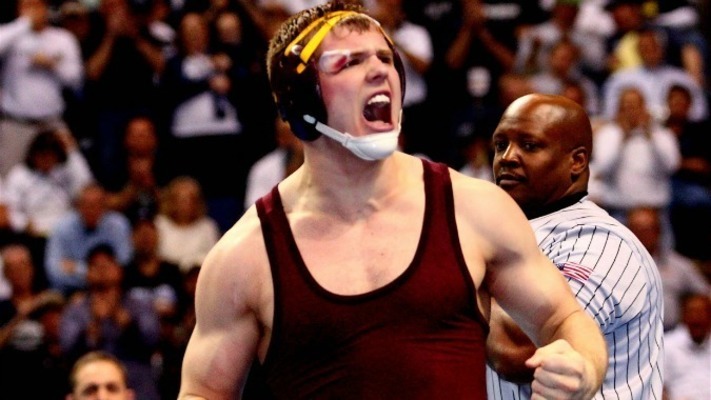 Logan Storely is a 4-time All-American from the powerhouse University of Minnesota wrestling program. He not only wrestled at the same college as Brock Lesnar, but he also attended the same high school as the former UFC champion.

Storely is one of the biggest prospects in the sport turning pro in the summer of 2015. He’s won all 4 of his fights by knockout and has only seen the second round once thus far.

Dana White was in attendance for one of his fights last year so he’s definitely gaining the attention of the bigger organizations. With a couple more fights under his belt Storely should sign with one of the bigger orgs at some point this year.

Next up, MMASucka’s 10 best prospects in the world of MMA.