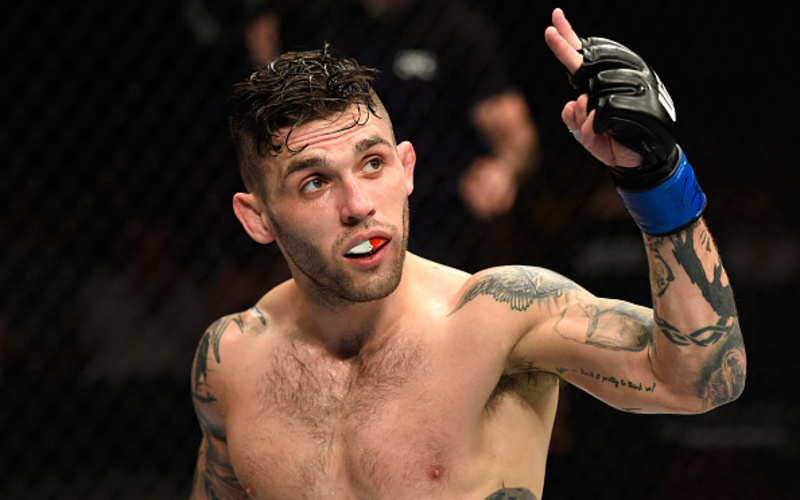 If you were a Canadian mixed martial artist who competed at UFC Fight Night 105 in Halifax on Sunday night, odds are that you had a successful evening. Fighters from the Great White North managed a combined 4-2 record on their home turf. That begs the question: what’s next for the six Canadians?

Halifax’s own Gavin Tucker was the last Canadian to enter the Octagon on Sunday night, and he certainly gave his hometown fans something to cheer about. The UFC debutant was able to pick apart Sam Sicilia with his striking for the better part of 15 minutes, cruising to a unanimous decision. It’s clear that MMA fans were impressed with Tucker’s performance and see him as a solid prospect at featherweight. Who should Tucker draw next? As cool as it would be to see him go up against Jason Knight (the mid-fight taunting would be awesome), Knight would likely be too much, too soon. Instead, a date with Gabriel Benitez could be a reasonable step up for Tucker, as both hold victories over Sicilia in their last bouts.

The man with the best hair in MMA earned his second win in a row when he pulled out a hard-fought unanimous decision win over Cezar “Mutante” Ferreira. Given Sam Alvey’s status as a top-15 middleweight, whom Theodorou defeated, it’s only natural that “The Spartan” gets a crack at a top-15 opponent of his own. Tim Boetsch would be an ideal next opponent. Not to mention, it’d be a mutually beneficial fight for both men. Theodorou gets a chance to break into the top-15, while Boetsch gets to fight someone not named Ronaldo “Jacare” Souza. Above all, it would certainly be an intriguing fight on paper.

Ricci had a tough go of it on Sunday night, getting TKO’d by an elbow from Paul Felder late in the first round. If Ricci doesn’t become the latest victim of the UFC’s roster overhaul, he’d likely get only one more opportunity to pick up his first UFC win before receiving a pink slip. A match-up with fellow Canadian Mitch Clarke would be a fun striker vs. grappler stylistic bout. Both fighters are also on two-fight losing streaks, so their backs would be against the wall.

Markos was perhaps the biggest Canadian winner on Sunday night, after she defeated former strawweight champion and No. 3-ranked Carla Esparza in a tight split decision. The win may not have only saved Markos’ UFC job, but will also surely propel her into the top-10 of the division, at the very least. Depending on where she ends up in the rankings could influence the “Quiet Storm’s” next opponent. A rematch with Tecia Torres would appear to make a lot of sense. Markos defeated Torres in an exhibition bout in the first round of The Ultimate Fighter: Season 20. A win for either woman would solidify their status as a top-5 strawweight.

Firas Zahabi’s little brother was successful in his own UFC debut, picking up a unanimous decision win over Reginaldo Vieira. Overall, Vieira out-struck Zahabi by a margin of 64-44 in significant strikes, but Zahabi landed the more damaging blows. It’d be nice to see Zahabi be a little more active in future bouts, but it was his debut in the big show. That said, the UFC has an interesting prospect with a strong family name on their hands, and should not rush him. Marlon “Chito” Vera would be an interesting test for Zahabi next, without throwing the Tristar product to the wolves.

The first Canadian to fight on Sunday’s card, Janes was submitted by a gorgeous armbar from Gerald Meerschaert just 1:34 into the fight. Janes is likely to want to get right back into the Octagon. Jack Hermansson would be a solid opponent for the Canadian. Hermansson is coming off of a submission loss of his own to Ferreira. In what could be both men fighting for their jobs under the cost-cutting WME-IMG era, Janes vs. Hermansson sounds like an entertaining scrap.