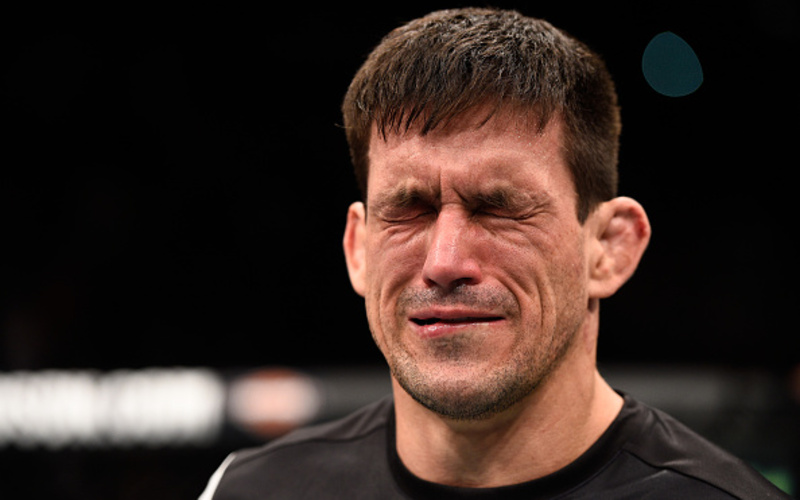 After a draw in their first affair, a rematch was more than likely to determine a rightful winner.

On March 4th, Tyron Woodley and Stephen Thompson met in a rematch for the UFC Welterweight Championship at UFC 209 in Las Vegas, Nevada. After five closely-contested rounds, a decision was left in the hands of the judges. The decision was announced by majority in favor for Tyron Woodley, defending his belt for the first time. Some media and fans scored in favor for Thompson; people even saw it again as a draw. It won’t come as a shock if the two face off again in the near future.

The co-main event originally scheduled was expected to see Khabib Nurmagomedov and Tony Ferguson battle for the interim UFC Lightweight Championship. However, on Friday before the weigh-ins, Nurmagomedov was sent to the hospital after weight-cut complications and the fight was scratched due to “doctor’s recommendation.”

Taking its place featured a different lightweight bout between up-and-comers David Teymur and Lando Vannata. In what ended up earning a “Fight of the Night” award, Teymur did a little more throughout the fight to earn a unanimous decision victory.

Following the completion of each fight card, you have to wonder who the fighters are going to paired up against next. Per usual, here are my recommendations for the top five fights to make after UFC 209.

I usually keep these lists highlighting the victorious, but this time I will feature someone on the losing end of a fight. After a draw in his first attempt for the title, Stephen Thompson just fell short once again to Tyron Woodley; this time, by a majority decision. It is the first defeat “Wonderboy” has suffered since dropping a unanimous decision to Matt Brown in only his second UFC fight. Thompson won seven straight before his draw with Woodley in their first meeting.

There are a couple reasonable options to see Thompson paired up against next in the welterweight division. Dong Hyun Kim may be the most viable, riding a three-fight win streak and having defeated seven of his last eight opponents. His lone loss during that streak came to Woodley as well in August in 2014.

I guess it makes sense to pair these two up.

Many counted David Teymur out due to the impressive style and moments Lando Vannata had in his UFC start. However, Teymur would prove everyone wrong, just doing a little more on the feet and with takedowns to defeat Vannata by unanimous decision. He took home a “Fight of the Night” bonus with his third straight octagon victory. Despite coming short on Season 22 of The Ultimate Fighter, Teymur continues to show vast improvements as he climbs his way up the lightweight rankings.

Evan Dunham has finally started to gain momentum. A string of three losses in 2013 saw him close to being released from the promotion. However, the now 17-fight UFC veteran has earned two decision victories in both the 2015 and 2016 calendar year.

Dunham is open for an opponent, and an up-and-coming Teymur may be the perfect test.

If Darren Elkins didn’t blow you away with his miraculous comeback over Mirsad Bektic Saturday night, you are crazy. After absorbing 141 strikes and three takedowns in the first two rounds, Elkins dug deep to finish the top prospect Bektic by strikes in the third round. The knockout impressive as well, as it was only his second by punches in 12 UFC victories. “The Damage” has now put together four straight wins including decisions over Chas Skelly, Godofredo Pepey, and Robert Whiteford.

Dennis Bermudez earned two straight decision victories in 2016 before getting knocked out in his last battle against Chan Sung Jung. He has always lingered near the top of the featherweight division, but comes short in the times he needs a victory most.

Both Elkins and Bermudez sit back-to-back outside of the UFC’s top ten rankings; a win would surely see one crack inside.

The fight between Alistair Overeem and Mark Hunt was not the most thrilling heavyweight battle we’ve ever seen. The finish made up for it, though, seeing Overeem deliver brutal knees in the clinch to send Hunt crashing unconscious to the canvas. It was a much need victory, after having lost his UFC Heavyweight Championship fight against Stipe Miocic. The season veteran Overeem is now 5-1 dating back to December of 2014, having also defeated the likes of Junior dos Santos, Andrei Arlovski, Roy Nelson, and Stefan Struve.

Francis Ngannou might currently be the scariest man in the heavyweight division. Since coming to the UFC, his performances have slowly gained momentum proving his diversified skill level. With five wins in the UFC since only December of 2015, Ngannou has finished all of his opponents inside of two rounds. His last victories over Andrei Arlovski and Anthony Hamilton have earned back-to-back “Performance of the Night” bonuses.

On the last “Top five fights to make” article, I said Derrick Lewis should be paired up with the winner of Overeem-Hunt. However, I was thinking a stylistic match-up between Lewis and Hunt would work better.

Tyron Woodley wanted to settle the score following his draw with Stephen Thompson in their first meeting last year. Their rematch was just as close as their first meeting, but this time the judges awarded Woodley the victory by majority decision. “The Chosen One” captured the UFC Welterweight Championship away from Robbie Lawler back at UFC 201, knocking out the reigning champion in under half a round. Woodley’s got the power and wrestling abilities to carry himself far as a champion; however, there are many tests left for him in the hungry division of 170 pounds.

Many people are surprised Demian Maia was paired up against Jorge Masvidal due to the streak he had posted together. However, Masvidal’s performances have been impressive in their own regard. Seeing the two match-up is more than likely going to be a title eliminator bout, with the winner receiving the next title shot at Woodley.

How can you deny it? Maia vs. Masvidal goes down at UFC 211 on May 13th in Dallas, Texas. Someone is going to make a statement, and expect that person to call out Woodley.

Other fights to make after UFC 209:

What are your fight suggestions following UFC 209? Leave your ideas & thoughts in the comment section below.