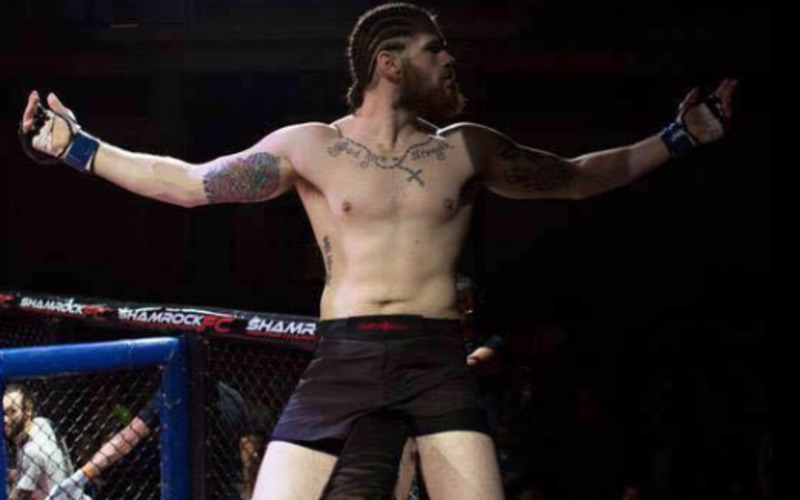 27-year-old Coltin Cole will look to get back in the win column on Friday, March 24, when he takes on Adam Cella in a middleweight bout at the co-main event of Shamrock FC 286.

Cole (4-6 MMA) is expecting a tough scrap against the one-fight UFC veteran and The Ultimate Fighter alum. Cella appeared on the 17th season of the reality show as a member of former UFC light heavyweight champion Jon Jones’ team. Cella submitted Jake Heun to get into the house, but was eliminated when Uriah Hall struck him with one of the most devastating knockouts in TUF history.

Despite Cella’s success in getting to the UFC, Cole believes that the UFC veteran won’t pose the toughest challenge of his MMA career. He cited Cella’s current four-fight losing streak as the main reason why.

“I don’t know where his head’s going to be at after four straight losses in a row,” Cole told MMASucka. “You just can’t be right after that, no matter how hard you train. It’ll be in the back of your mind.”

Cole refuses to overlook Cella, however. While he believes that Colby Tierney, whom he fought in 2011, was his toughest opponent, he knows Cella will pose a challenge.

“Adam’s definitely up there for sure,” Cole said. “Any guy that can make it to the UFC is a good fighter. He’s kind of fell to the wayside the last couple of years.”

Cella, currently 6-6, started off his career with four straight wins before his string of four consecutive defeats. Cole isn’t impressed with how Cella began his MMA career, though.

“I can be 100 percent honest here,” Cole said. “The four-straight fights he won were against pretty subpar opponents. They weren’t difficult wins for a guy with any kind of skill and athleticism. But good for him, he racked those wins up and took the leap on to TUF and the UFC.”

Cole is looking to rack up a few consecutive wins of his own, and despite his sub-500. record, he has a positive outlook on the direction his career is trending.

“I’m doing a lot better now. When I first started my career, I took some pretty stupid fights,” he said. “I started right off the bat at 1-3. It’s been tough trying to get back to a good record. I want to go out and compete against the best fighters I can.”

Cole, who has gone 3-3 since, praised Shamrock FC for allowing him to work on fulfilling that mission. He cited the fact that the promotion gets him fights and keeps him active.

He’ll return to action for the first time since Jan. 28 on less than a two-month layoff when he was defeated by Sean Woodson in his last bout at Shamrock FC 283. He’s eager to return to the win column this week against Cella.

On Friday night, Cole said that fans watching can expect an exciting fight where two men will go in to stand and trade. And if the crowd pumps him up enough, Cole said that they may even be treated to some flashy spinning kicks. Either way, he intends to bring the heat.

“[Cella’s] a good striker. He’s good everywhere, but not as good as me.”