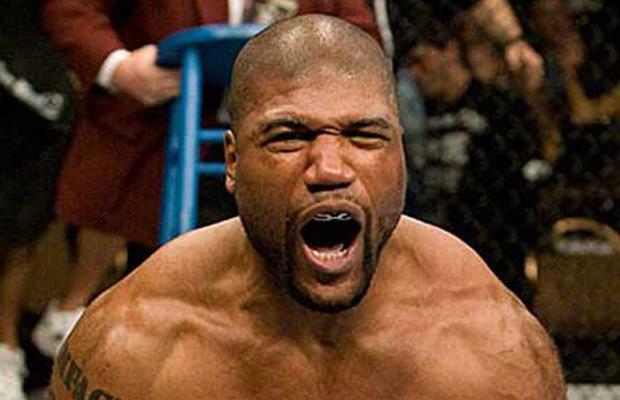 Bellator MMA brings us another night of action on March 31, when Bellator 175: Rampage vs. King Mo 2 takes place in Rosemont, Illinois. Headlined by the rematch between two of the best 205-pounders around, here are the main story lines to watch for at 9:00pm EST, on Spike TV.

The legendary Quinton Jackson steps back into Bellator’s cage riding a five-fight win streak from 205 to 215-pounds. He finds himself the closest he’s been to championship gold since losing in his attempt to take the UFC belt from Jon Jones in 2011.

It’s true he appears to have lost a step over the years, as he hasn’t scored a finish since putting Christian M’Pumbu away with strikes in 2014. Declining athleticism aside, five straight wins in the world’s two biggest promotions means a lot.

Another win over King Mo in the main event of Bellator 175 would have Rampage in prime position to face-off with Bellator champion Phil Davis, or prospective challenger Ryan Bader in a rematch of their UFC 144 meeting, should he desire to fight at the 205-pound limit.

Urijah Faber, BJ Penn, Din Thomas, and Jens Pulver tend to get most of the credit for popularizing the lighter weight classes — and they surely deserve it — but Galvao, a former Bellator 135-pound champion, is a bit of a forgotten pioneer, having never stepped foot in the UFC’s octagon. He debuted all the way back in 2003, and his list of victims reads like a grocery list of lighter weight notables: Fredson Paixao, Kenji Osawa, Chase Beebe, Ed West, Louis Nogueira and Joe Warren have all fallen to the Andre Pederneiras BJJ Black Belt.

Following two losses to former training partner Eduardo Dantas, Galvao heads back up to 145-pounds in pursuit of Bellator gold in a second weight class. Standing in his way is longtime Bellator veteran Emmanuel Sanchez, who brings a 14-3 record and a lot of momentum to the cage having won four of his last five fights.

Sanchez is known to be involved in close fights, as his majority decision win over Georgi Karakhanyan at Bellator 170 broke a streak of four straight split decision verdicts for “El Matador”.

The American fans have largely gotten the short end of the stick when it comes to Kahritonov’s career. He burst on the scene in PRIDE, but made his way to Dream following their closure. After fighting sporadically there, we were treated to his entry in the Strikeforce Heavyweight Grand Prix, where he demolished Andrei Arlovski before falling to Josh Barnett in the Semifinals.

When the UFC bought Strikeforce, it appeared we’d still get our Sergei fix, but it was not meant to be. The UFC released the heavyweight amidst a deteriorating relationship with his management team. He fought just five times over the next four years, winning every time against the likes of Alexey Kudin, Tyler East and Kenny Garner before signing with Scott Coker once again, this time with Bellator.

His debut at Bellator 163 was a disaster, as the big Russian was knocked out in just 16 seconds. He’ll be looking to erase that memory and get his name into heavyweight contention against the formidable Chase Gormley, who has posted a 7-1 record since 2012. Gormley has wins over Brandon Sayles, Tony Lopez, Jon Madsen, Joey Beltran and Bobby Brents during that run, and will be looking to put his name in the title conversation at Kharitonov’s expense. 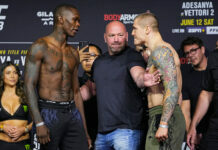