After UFC 211 victory, James Vick calls for winner of Chiesa-Lee 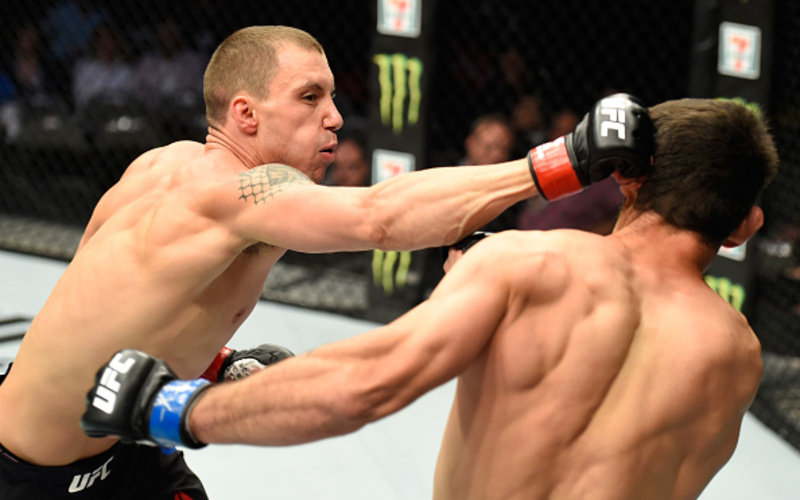 In the first bout on the UFC 211 FX preliminary card, Team Lloyd Irvin product James Vick made quick work of Marco Polo Reyes. Immediately following the bout, Vick took to the microphone to call for his next opponent.

When UFC commentator Joe Rogan gave Vick the opportunity to voice his opinion, Vick made it clear he wanted a top-15 fighter, specifically the winner of the UFC Fight Night 112 main event between Michael Chiesa and Kevin Lee.

Vick (11-1) has a very impressive record overall and is 7-1 inside the UFC Octagon. He is currently riding a two-fight winning streak and his lone professional loss was a knockout to Beneil Dariush at UFC 199 in June of last year.

If Vick gets his wish, look for him to step foot back inside the Octagon some time in the fall.

Keep it locked to MMASucka.com for all your MMA news.