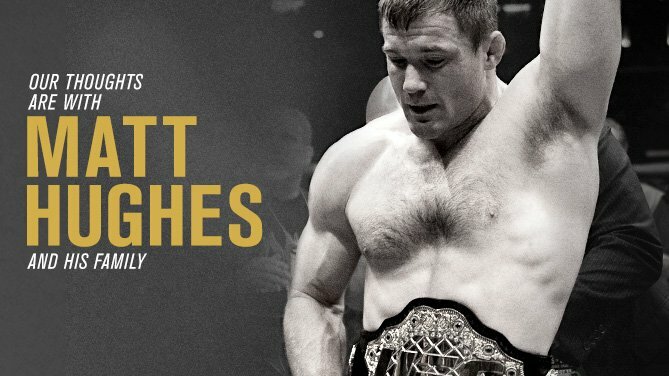 Former UFC welterweight champion Matt Hughes has been seriously injured after his car was struck by a train in Raymond, Ill., at about 10:45 a.m. on Friday morning.

The accident was made public by UFC President Dana White, as he informed ESPN.com shortly after.

According to White, Hughes approached a “railroad grade crossing marked with crossbucks” in a pickup truck. The truck crossed the tracks “directly in front of a train and the train struck the passenger side of the truck.”

HSHS St. John’s Hospital in Springfield, Ill. took to Facebook to release a statement on Hughes’ state and also made it clear that, “Hughes’ family asks that you respect their privacy during this difficult time.”

“Apparently he has head trauma,” White also ESPN. “His family is traveling to him now.”