Justin Gaethje and Eddie Alvarez to coach The Ultimate Fighter 26 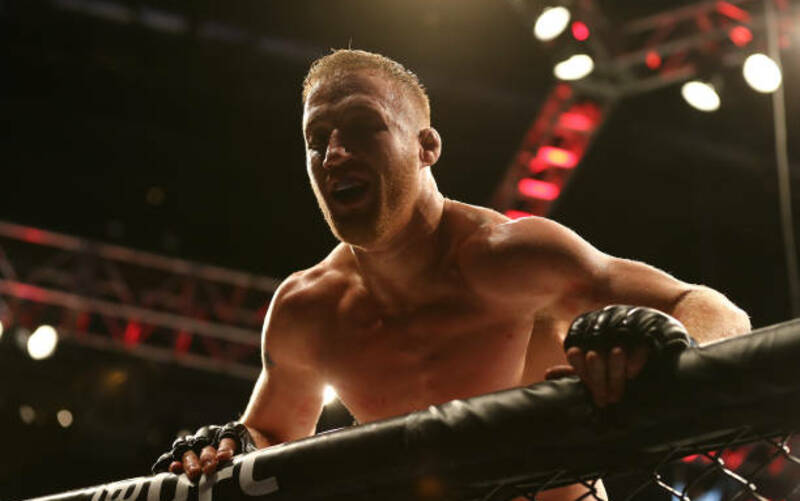 Thrilling lightweights Justin Gaethje (18-0) and Eddie Alvarez (28-5, 1 NC) will coach opposite each other on season 26 on The Ultimate Fighter.

Confirmation of the news came earlier today from the UFC president himself, Dana White, during an interview between he and MMA Fighting’s Luke Thomas. “It’s 100% true,” White said at the Mayweather-McGregor press conference in Los Angeles, California. White also stated that filming for the upcoming season has already begun.

Justin Gaethje and Eddie Alvarez to coach The Ultimate Fighter 26

The Ultimate Fighter 26 will air on Fox Sports 1, but there has yet to be a confirmed release date. This season will host a new beginning to the women’s flyweight division with an inaugural 125-pound champion to be crowned.

The format will most likely be similar to that of season 20. The 16-seed tournament from 2014 saw Carla Esparza became the UFC’s inaugural strawweight champion.

Justin Gaethje made an incredible statement in his UFC debut July 7th, stopping Michael Johnson by strikes at the close of the second round. Not only was the battle a “Fight of the Year” contender, but a debatable choice to include as one of the greatest bouts in promotional history. Gaethje moved his impressive undefeated record to 18-0, hosting 15 of them by knockout. The former World Series of Fighting champion is hoping to make big strides after a successful UFC start.

Eddie Alvarez made a huge name for himself in Bellator MMA. After two reigns as their lightweight champion, he parted ways with the company in 2014. Alvarez would later shock the world, stopping UFC champion Rafael dos Anjos in July of 2016. Alvarez was unable to defend his belt at the historic UFC 205, suffering his fifth career loss to Conor McGregor. Despite this, Alvarez still stands with his resume as one of the best and dominant 155-pounders in the world.