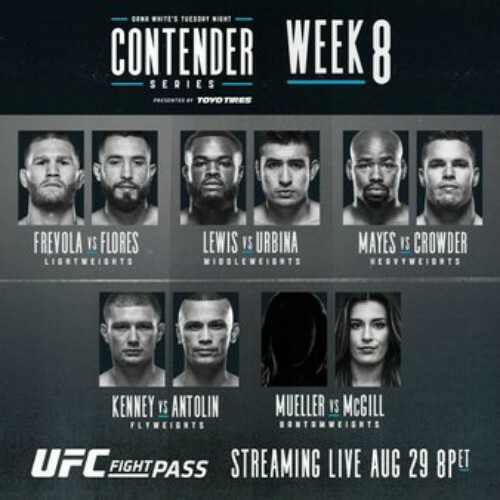 Well, it has been a solid eight weeks of fights in the Tuesday Night Contender Series, but the current “season” ends tonight.

The main event is a battle of unbeaten lightweights as STFC Champion Jose “Luke” Flores take on “The Steamrolla” Matt Frevola at 155 pounds.

Check out the full card below which will be updated with live results as the event happens!