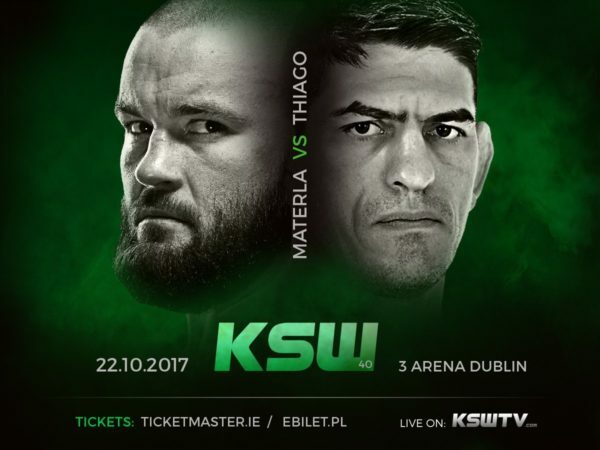 After briefly being linked to UFC Poland rumors, it has been confirmed that Michał Materla has instead opted to re-sign with Poland-based MMA promotion KSW.

He returns against UFC-veteran Paulo Thiago at KSW 40 in Ireland.

The fight was first reported by Combate and later confirmed by KSW.

Former KSW Middleweight Champion; Michał Materla (24-5) enters the fight having not fought in a year and was last seen defeating another Brazilian UFC-veteran, Rousimar Palhares. The win against Palhares earned him Knockout of the Night honors.

XGym’s Paulo Thiago (18-9) enters KSW 40 having won three-straight, which is by far the best run he has been on since 2009. His most recent two feature back-to-back finishes in the Fight2Night promotion in Brazil. Prior to this, Thiago won a title in the Warriors Combat promotion late last year.

KSW 40 takes place on October 22 at the 3Arena in Dublin, Ireland.

The main event features heavyweights Mariusz Pudzianowski and James McSweeney. Also on the card is a lightweight title rematch between Mateusz Gamrot and Norman Parke. Ariane Lipski will also defend her title on the card; opponent TBA.