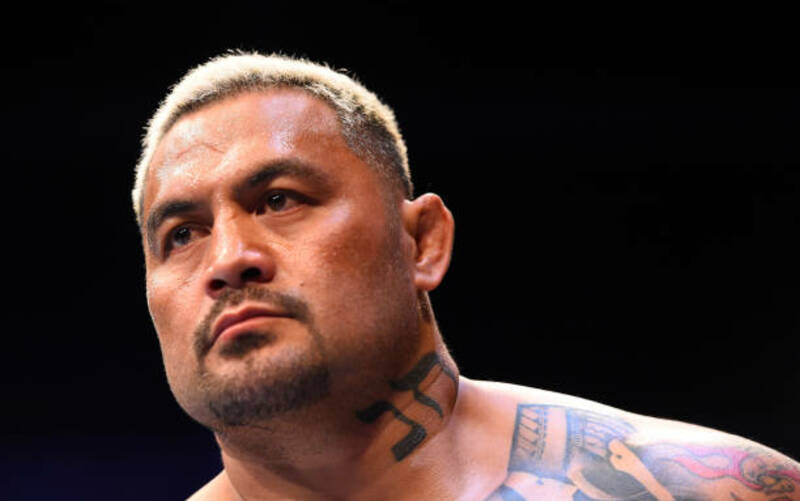 For MMA fans that haven’t been living under a rock over the last few days, it’s no secret that Mark Hunt has, once again, gone on a public tirade against the UFC. This time, it is to protest the its decision to withdraw him from his upcoming bout against Marcin Tybura, which would otherwise have headlined the UFC’s return to Sydney next month. It’s an issue that warrants scrutiny, not just because it shines further light on the volatile relationship between the UFC and one of its biggest Australian stars, but also for the promotion’s inconsistent approach to fighter health and safety.

The UFC claim the reason for their decision was motivated by concerns for Hunt’s wellbeing, which stemmed from comments he made in a self-published article for Players Voice in relation to short-term memory loss and slurred speech. The Super Samoan responded by saying – in between the f-bombs – that it was actually motivated by the fact that Hunt is currently bringing a lawsuit against the UFC for (allegedly) allowing Brock Lesnar to compete at UFC 200 while using Performance Enhancing Drugs.

Exactly what influenced Dana White & Co is something we’ll probably never know for sure, but we do know that Hunt was medically cleared to fight. If history is any guide, we can also safely assume that Hunt won’t be reimbursed for the costs he incurred in fight camp, much less receive his show money. Given that Hunt has claimed his camp cost $100K so far, this is problematic. But more alarming is the UFC’s capricious approach to the safety of their fighters, and the lack of transparency that attends these kinds of decisions.

The comments Hunt made in the interview were certainly enough to raise eyebrows, but they’re also not atypical in a sport where face punching is the aim-of-the-game and participants in most violent fights are awarded $50K bonuses. Indeed, Georges St Pierre has gone on recording citing problems with his short-term memory (perhaps more worryingly, he claimed they were connected with aliens) – but that didn’t stop the UFC throwing money at him to return to challenge for the title in a higher weight division that he’s never competed in.

Likewise, compare the UFC’s ostensible concern for Hunt with how the company behaves when it’s the athlete who initiates the withdrawal, and/or when the financial impact on the company is more significant.

Here, the UFC had Fabricio Werdum, a marketable former champion and top contender, waiting in the wings to replace Hunt. But when the withdrawal is too late in the game to make an alternative matchup – think Amanda Nunes pulling out of her headliner with Valentina Shevchenko at UFC 213 – the company’s “safety first” attitude is usually more elusive.

In that case too, Nunes was given medical clearance to fight, but she withdrew due to an ongoing sinusitis issue that was causing her breathing troubles. White went on to cite misleading medical tests (they only assessed her for issues with weight-cutting and not sinusitis) to imply Nunes was too scared or too selfish to go ahead, with the fans predictably lining up to eviscerate her for her ostensible cowardice.

The situation with Vitor Belfort at UFC 152 is also worth mentioning, with evidence suggesting the UFC suppressed lab test results revealing Belfort had higher than allowable levels of testosterone in his system, thereby allowing him to compete against – and almost score the upset submission over – Jon Jones for the light heavyweight title.

When it comes to weight cutting, another high profile health issue in MMA, the UFC’s approach appears also to be dictated by financial imperatives first, safety concerns second.

From refusing to consider opening more weight classes as recommended by the Association of Boxing Commissions to address extreme weight cutting. To supporting risky but lucrative moves down in weight for the likes of former champions Tj Dillashaw and Anthony Pettis. To discouraging Kevin Lee from moving from lightweight up to welterweight even though he claims his cut for the interim title fight at UFC 216 “nearly killed [him]”. The UFC’s claim that “Athlete health and safety is of the utmost importance to the organization” is dubious at best.

This isn’t to say that Mark Hunt should be fighting come November. Indeed, it would appear that they made the right decision (albeit for wrong reasons).

It is however a problem when its the UFC calling all of the shots, but the athletes are the one’s bearing all the risk. Until that changes, and the UFC adopts a consistent and transparent approach to dealing with fighter health and safety, fans are right to treat the UFC’s treatment of Hunt with trepidation.