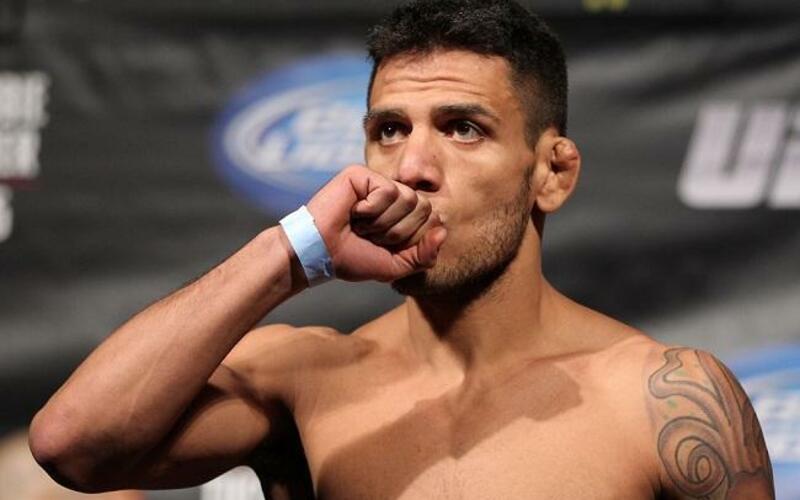 Robbie Lawler and Rafael dos Anjos are getting ready to throw down and the implications of the fight are giant. It was already mentioned by Dana White that this fight was a title eliminator for the 170-pound division. And a battle of two former champs is bound to be a slugfest.

While champ, Tyron Woodley, gets surgery on his arm, and possibly ducking a Colby Covington, the welterweight division in the UFC is a wild land. Woodley has a murderer’s row of contenders coming down the pipeline. On top of Covington, Lawler, and Dos Anjos, here are your next in line contenders.

Stephen Thompson: 0-1-1 against Woodley, and the last fight was a bore. But, he’s still a contender and still there.

Darren Till: After Till dismantled Donald Cerrone, many have been hyped to get the young fighter some contenders to feast on.

Georges St-Pierre: After vacating his belt at 185, St-Pierre is likely to move down to his original weight of 170. If/when he does, look for an immediate title shot for GSP.

But, out of all these fighters, Lawler and Dos Anjos provide the biggest shake-up of the UFC, either way, this fight goes.

In the case of a Lawler victory:

Robbie Lawler was put away by Woodley early in their fight back in 2016 without really getting a chance to show the mayhem we all know Lawler to bring to the table. Woodley, such a smart fighter, finished the fight early so Lawler couldn’t get into his game plan. If Lawler beats Dos Anjos, it’s hard not to grant him a rematch versus Woodley. That would put Covington and “Wonderboy” Stephen Thompson next to fight Lawler. Unless St-Pierre comes back soon. Then it’s his fight to take, not Lawler’s.

With Till’s rise and Kamaru Usman, who is yet another prospect in the welterweight division, Lawler is set up with fight after fight after fight to defend. Robbie Lawler is pretty comfortable at this weight class so don’t look for any super fights for him besides St-Pierre.

In the case of a Dos Anjos victory:

This is where things get interesting. If he defeats Woodley after Lawler, Dos Anjos would then become a two-weight class champ, joining Randy Couture, BJ Penn, and more importantly, Conor McGregor and Georges St-Pierre. With St-Pierre returning to battle, and Dos Anjos and McGregor’s history, both match-ups would be incredibly giant fights for the UFC. Two multi-weight champs have never fought after they were champions (St-Pierre and Penn fought way before GSP won his second belt). The marketability of both of those fights is enormous. The unfortunate thing is this would put a hold on the entire welterweight division. Woodley, Thompson, Covington and the likes would all be victims of the UFC’s matchmaking blood-lust of pay-per-view buys.

But, if Dos Anjos does eventually go on to win the belt, a fight with him will be served to Conor McGregor, because he gets the best fights now, and served to St-Pierre second if McGregor turns his nose up at the fight. Personally, I find that fight too good to pass up. McGregor and Dos Anjos were supposed to fight at 155. Dos Anjos had to pull out due to injury and we got McGregor vs. Nate Diaz 1 and 2, and McGregor versus Eddie Alvarez.

Ultimately, the potential of this fight has the entire welterweight division on notice and has the UFC greedily drooling at the potential fights that come either way. You can look for a title shot to come and if Woodley is defeated, still a large task, there will be fights for years to come in the division. If Lawler recaptures his belt, he will continue to fight every contender in the division. If Dos Anjos wins, he’s to be thrust into money fights galore. It’s up to the fans to decide which they like better…