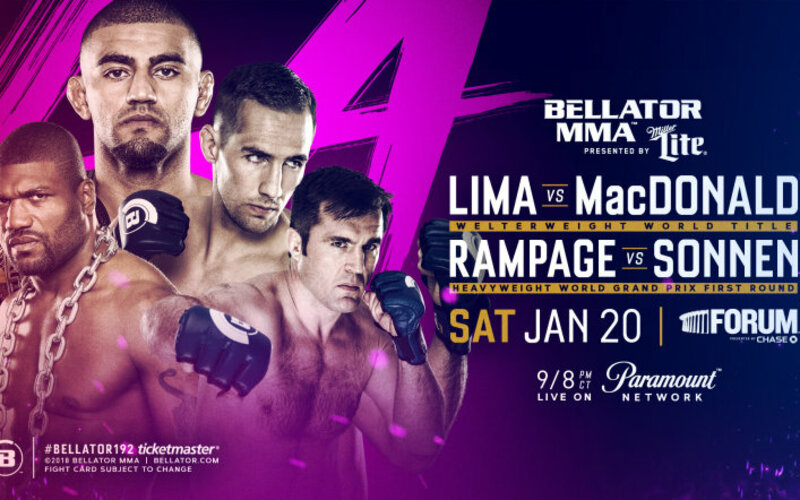 After over a month away, Bellator MMA is back with their first show of 2018.

Live from the Great Wester Forum in Inglewood, California, Bellator MMA brings a stacked card to the Paramount Network tonight.

Opening up the main card will be 21-year-old phenom Aaron Pico in his third pro fight taking on WSOF veteran Shane Kruchten.

The prelims will feature the MMA debut of Royce Gracie’s son; Khonry Gracie. As well as the return of prospects Joey Davis, Guilherme Vasconcelos, and Haim Gozali.

Check out the full fight card that will be updated with live results & watch the Bellator 192 prelims right here on MMA Sucka!

Before the show, check out the MMA Sucka staff picks for Bellator 192 to see where we stand on each match-up.