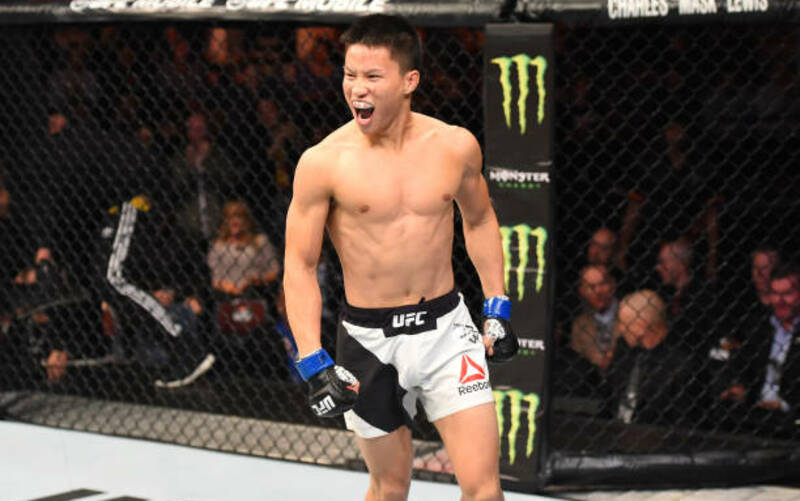 He’ll reformat your hard-drive just as easily as he’ll knock your block off.

Ben Nguyen (18-6) burst onto the MMA scene after his fight with known scumbag Julian Wallace went viral, one video reaching over 20 million views. “Tattooed Bully Acts Cocky and gets Knocked Out” features Wallace attempting to intimidate Nguyen at the official weigh ins, only to be destroyed with stiff blitzing combinations in 25 seconds.

Despite a 4-1 UFC record, exciting style, and a 49 second win over title challenger Tim Elliot, Nguyen has been relegated to the preliminary card more often than not.

In terms of personality, Nguyen fits the trope of the “martial artist” more than the “fighter.” The taekwondo practitioner and BJJ brown belt has an unassuming presence. He’s soft spoken, friendly, and wields a sneaky sense of humor.

However, in the UFC Ben Nguyen has been a steamroller, three of his four wins are first round finishes. Nguyen’s deadly efficiency comes from the threats he presents in all facets of the game.

Check out the infamous Wallace bout, plus the best of all his UFC contests.

LAST FIGHT: Def. Tim Elliot via Submission (Rear Naked Choke) at 0:49 of Round 1

Nguyen’s scrambling ability and top control are the most consistent parts of his game, but he is surprisingly athletic and dangerous on his feet. Occasional head movement and nonstop combinations are hallmarks of Nguyen’s stand-up attack.

Some see Nguyen’s fairly comprehensive game with both his striking and grappling and may think, “Wow, those skills are very well developed for a young up and comer.” Despite his youthful appearance, Nguyen is 29 years old and a 20 plus fight veteran, mostly on the Australian scene.

The most underrated aspect of Ben Nguyen’s skill set is his pure physicality. Ryan Benoit is a bit of an animal himself, and looked like he had run into a wall when he shot into the hips of Nguyen.

Benoit literally bounced off of Nguyen before he was nailed with a monster knee to the breadbasket and assaulted with punches. With fists made of iron and hips of cement, Nguyen should be a handful for any flyweight.

Top 5 opponent Jussier Formiga is a tricky grappler and intelligent striker, most adept at taking his opponent’s back and keeping it. Wrestling is not his forte, without a clean setup established from the striking matchup, so it is likely he will be forced to stand with the heavy handed and aggressive Nguyen for some time. This compelling matchup will likely put the winner in a number one contender bout in the future.

The one major weakness Nguyen has shown was his cardio in the Louis Smolka fight. Fighting in his home state of South Dakota, Nguyen may have experienced an adrenaline dump and faded against the cagey veteran. After going three hard rounds with Geane Herrera, Nguyen seems to have addressed this issue.

You can watch #8 Ben Nguyen vs. #4 Jussier Formiga at UFC 221 on Saturday, February 10th, opening the Fox Sports 1 prelims. If you like volume boxing and smooth grappling, tune in around 8:00 PM EST.