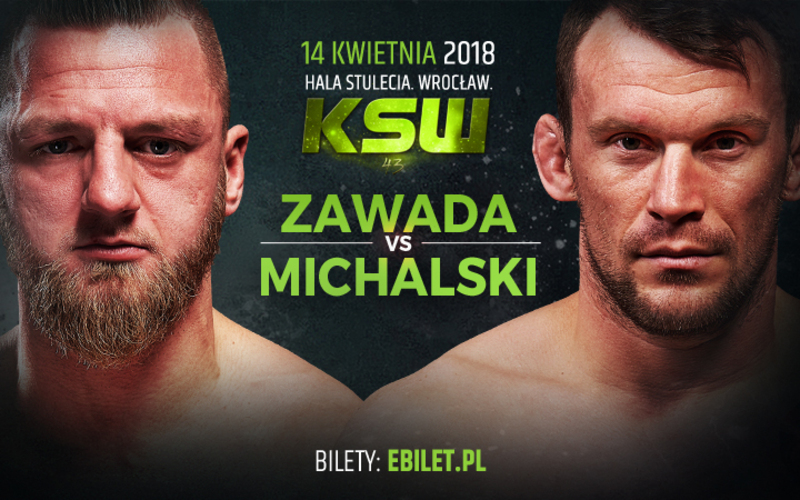 A highly-regarded welterweight from Germany, David Zawada is set to return to action at KSW 43.

He heads to Wroclaw, Poland to take on hometown favorite; Michal Michalski.

After a 9-1 run on the German MMA circuit; David Zawada (15-3) made his KSW debut at KSW 29, challenging for the welterweight title against Borys Mankowski. After a quick submission loss, it was back to the drawing board for “Sagat”, and he has since gone an impressive 6-1 in KSW and other European promotions.

Following a narrow split-decision loss to Kamil Szymuszowski to close out 2015, Zawada won four-straight. “Sagat” picked up three TKO wins – over the likes of Andreas Stahl and Robert Radomski – before most recently defeating Maciej Jewtuszko in KSW 40’s Fight of the Night in October.

A native of Wroclaw, Michal Michalski (6-2) enters his KSW debut against a proven fighter in the form of Zawada knowing full-well the crowd will be on his side when he makes his promotional debut at home.

For the past four years, Michalski has fought on Poland’s regional scene and, though he has no incredible wins on his resume, he has a few respectable ones. Namely a second-round submission win over 26-fight veteran Mariusz Radziszewski.

KSW 43 is scheduled to go down April 14 from the beautiful Hala Stulecia in Wroclaw, Poland. In the main event, Wroclaw’s Olympic hero Damian Janikowski faces Yannick Bahati. Check out the full fight card below.