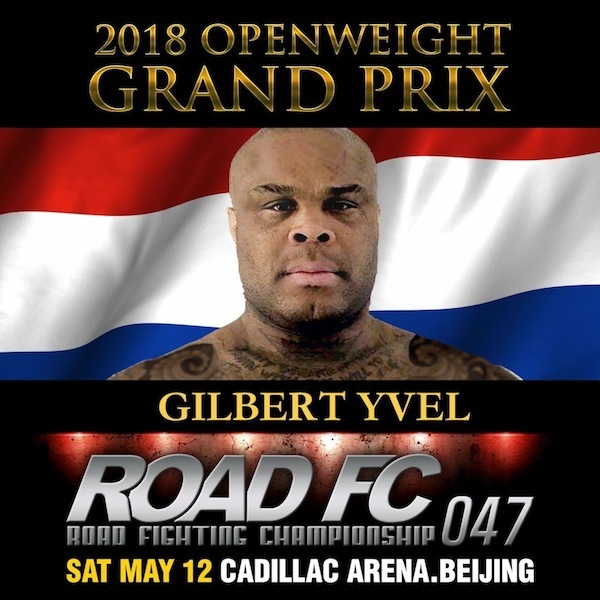 ROAD Fighting Championship has announced that ROAD FC 047 will take place at the 20,000-seat Cadillac Arena in Beijing, China on May 12, 2018. The opening round of the 8-man 2018 Openweight Grand Prix will be held. PRIDE and UFC vet, RINGS and M-1 tournament champ Gilbert Yvel is announced as the seventh participant.

Gilbert Yvel (39-16-1-1, Mike’s Gym) of the Netherlands is a mixed martial artist with over 20 years of professional bouts. His start in the historic RINGS promotion during it’s early years saw him earn victories over Valentijn Overeem and Semmy Schilt. He then went on to PRIDE where he defeated Gary Goodridge, lost to Vitor Belfort and Igor Vovchanchyn, and cemented his nasty reputation with an eye gouge DQ against Don Frye.

Yvel competed prolifically in M-1, K-1, Cage Rage, It’s Showtime and Affliction. His knockout of Pedro Rizzo got him the UFC call-up in 2010, but he saw 3 losses inside the Octagon.

Following the UFC release, Yvel signed with the then brand new RFA promotion, competing at their first and second shows, and retiring after a KO win against Houston Alexander at RFA 2. He returned to the cage in 2016, fighting at heavyweight for the first time in six years and knocking out 20-year veteran Ricco Rodriguez in Grozny, Russia. 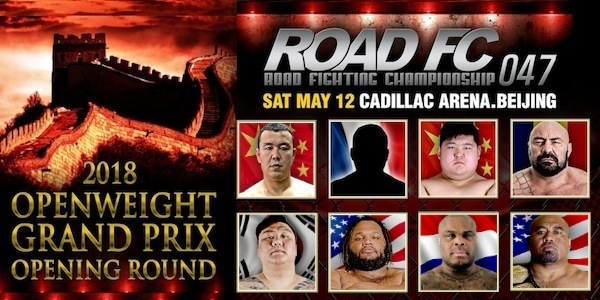 He becomes the seventh entrant in the upcoming eight-man grand-prix. One spot remains open.