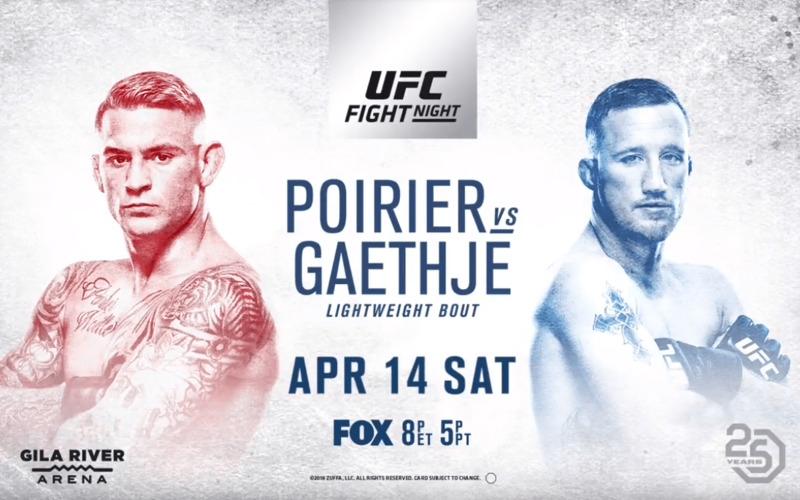 The UFC returns to broadcast television this week with UFC on FOX 29! Emanating live from the Gila River Arena in Glendale, AZ, the main event will see lightweights Justin Gaethje and Dustin Poirier battle for the unofficial all-violence title. All over the card though, people are wanting to make a mark with promoters and fans. With uniforms now de rigeur for UFC athletes, one of the few ways they have left to stand out as individuals is with walkout music. Some have had great walkouts in the past, but musical schizophrenia has led them away from it. Others just need a boost. That’s why I’m here. As MMASucka.com‘s resident musicologist, I’m here to help. I’m going offer suggestions for UFC on FOX 29 walkout songs that would help these fighters become stand out. I’m even doing it publicly, for your entertainment. So, without further ado, here… We… Go!

What he last walked out to: “Home” – MGK, X Ambassadors, and Bebe Rexha

What he should walk out to: “Rumors of War” – High on Fire

I think we can all agree that WME‘s obvious interference in “The Natural Born Killer” Carlos Condit’s walkout music at UFC 219 was intended to push a subpar song from a critically-panned Netflix exclusive movie that the UFC’s corporate masters had a vested interest in pushing. It was notable blip in what’s been a run of rather good entrance songs from Condit, which have ranged from Rage Against the Machine to Johnny Cash. To that end, the pummeling, adrenaline-soaked “Rumors of War” from California’s High on Fire would make for a perfect soundtrack to Condit’s next walk to the cage. You can hear it below.

What he last walked out to: Information unavailable

What he should walk out to next: “Punjabi Metal” – Bloodywood

Despite my best efforts, I’ve been unable to track down just what it was that Arjan Bhullar walked out to at UFC 215. However, I do know that the proud Indo-Canadian does not shy away from his heritage. So to that end, I’ve found something that is both in keeping with his Indian heritage and is guaranteed to get anyone in earshot amped up. The Punjabi duo Bloodywood has created a metal version of the hip-hop bhangra fusion song “Mundian to Bach Ke Rahi,” originally by Panjabi MC. Give it a listen below and you’ll understand why it would be the perfect accompaniment for Mr. Bhullar’s walk to the cage.

Keep it locked to MMASucka.com for more on UFC on FOX 29, along with more high quality MMA news and opinion!