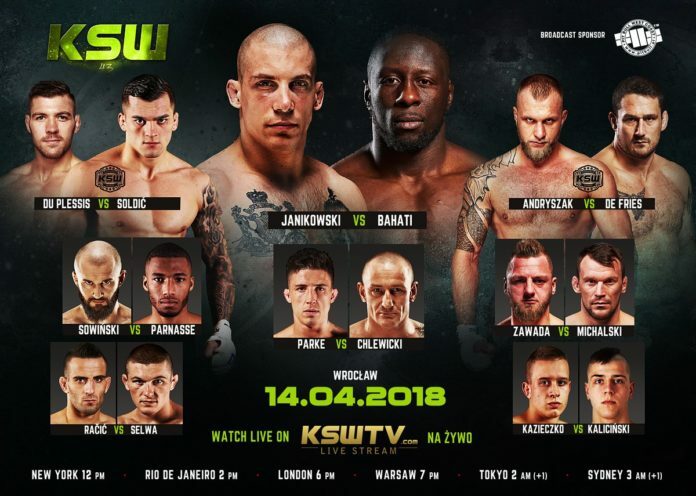 KSW returns to the beautiful Hala Stulecia in Wroclaw, Poland for a loaded fight card today. Check out full KSW 43 Results below!

Also, in a battle to determine who wins the vacant heavyweight title; Michal Andryszak looks to make it seven-straight wins in the first round when he takes on UFC, Bellator veteran Phil De Fries.

The card will also feature a slew of prospects, as well as former title-challenger Norman Parke, and former featherweight champion Artur Sowinski.

Check out the full card below. This will be updated with live results as the event progresses in real time. Be sure to buy the iPPV at KSWTV.com! 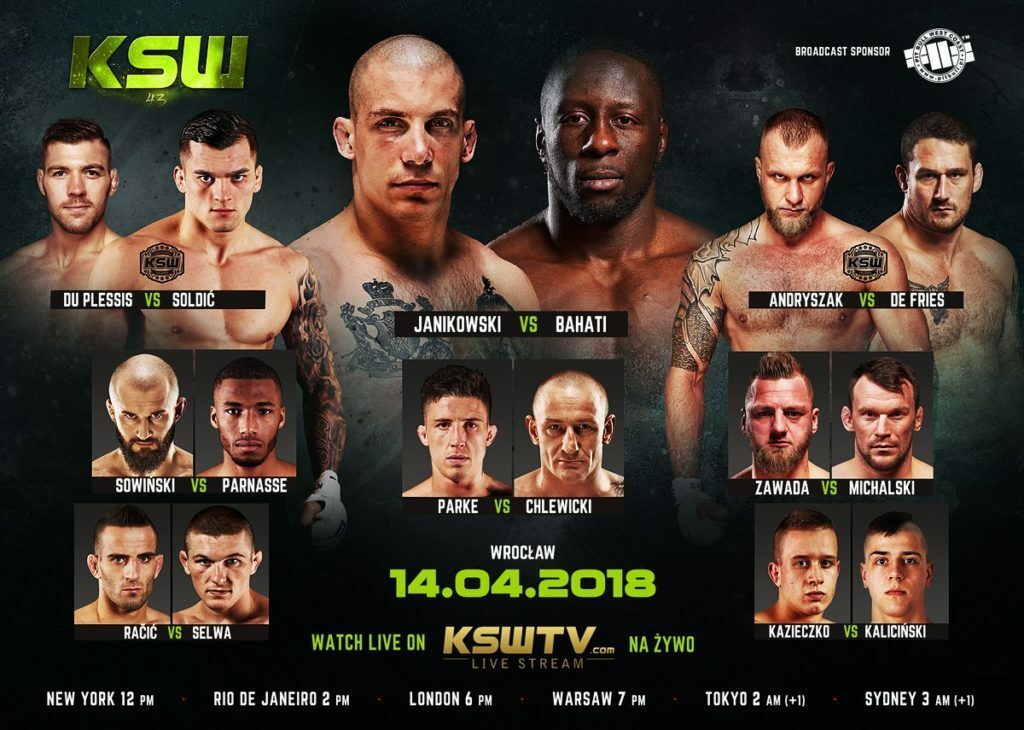