Ryan Quinn: A Second Coming on the Horizon 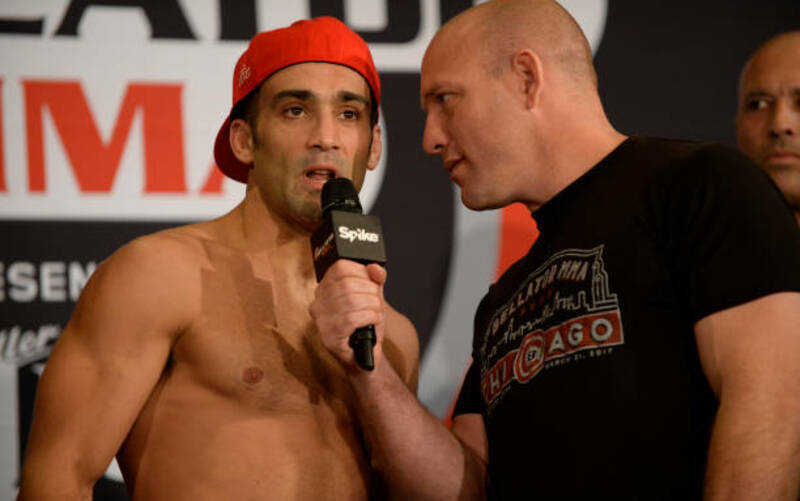 American Top Team is home to many up and coming stars as well as many MMA staples. Ryan Quinn is one of those veterans. Quinn began his journey in MMA nearly 12 years ago and has earned a record of 15-7-1. The longtime veteran made his promotional debut at Bellator 15 over eight years ago.

Ryan Quinn: A Second Coming on the Horizon

“I got into MMA in 2006 when I transferred back home to a school that didn’t offer any wrestling,” Quinn told MMASucka. “I was wrestling Division I at Sacred Heart University at the time and wanted to do something to keep competing so I found American Top Team-CT and the academy also offered MMA. One thing led to another and the rest is history.”

Quinn walked through the doors of the Danbury, Connecticut American Top Team, which led him to MMA. He would eventually relocate to the main location in Coconut Creek, Florida. Quinn already had the great wrestling background with Division I experience and an amazing high school wrestling coach, Bob Serrano.

Serrano is a member of the Connecticut chapter of the National Wrestling Hall of Fame. “All the coaches I had in high school really had a part in my athletic development, but the first coach to really crack into me and made me realize I could be an exceptional athlete was my high school wrestling coach Bob Serrano,” Quinn stated. “He’s literally a hall of fame wrestling coach and had a way with bringing the talent out of youngsters and demanding more of yourself. He succeeded with me.”

Bellator has been Quinn’s competitive MMA home for quite some time. “Bellator is the number two MMA organization in the world,” Quinn told MMASucka. “Like anything, the higher the level of competition and pay, the higher the demand of your production.” Quinn did just that while in Bellator compiling a stellar company record of 8-1.

At one point, Quinn was 7-0 in Bellator and his teammates at ATT decided to give him a very special nickname. “Bellator is where I made my name. At one point I was 7-0 with the promotion and my team nicknamed me ‘The Bellaker’ (referencing The Undertaker’s Wrestlemania streak.)”

The only Bellator loss on Quinn’s record is to Saad Awad at Bellator 178: Straus vs. Pitbull 4. Awad just recently competed in the co-main event of Bellator 193: Larkin vs. Gonzalez and won by decision. Quinn uses his very strong wrestling background to grind out most opponents scoring five of his eight Bellator wins by decision. The other three victories are by submission.

Unfortunately, Quinn’s contract with Bellator has run its course and he is now testing free agency. “Unfortunately, I am no longer with Bellator (and no I wasn’t fired or released. My contract was up.) I am 100% a free agent. I wasn’t rushing to get fights. Recently got married and am finishing up school so I have been a little busy with life outside of fighting. I have recently been active in searching for the next one. We should find out soon!”

Quinn has nothing but great, respectful things to say about his former home, Bellator. “When you are at their events [Bellator] it is very structured and organized, making it much more relaxing and easier to perform as opposed to the smaller shows and venues I have competed for in the past.”

Hopefully, we will see Quinn back in action soon. With his amazing Bellator run, he deserves nothing less than a huge, big-league promotion. Maybe a return to Bellator or one of the huge European organizations on the rise will be in his future.