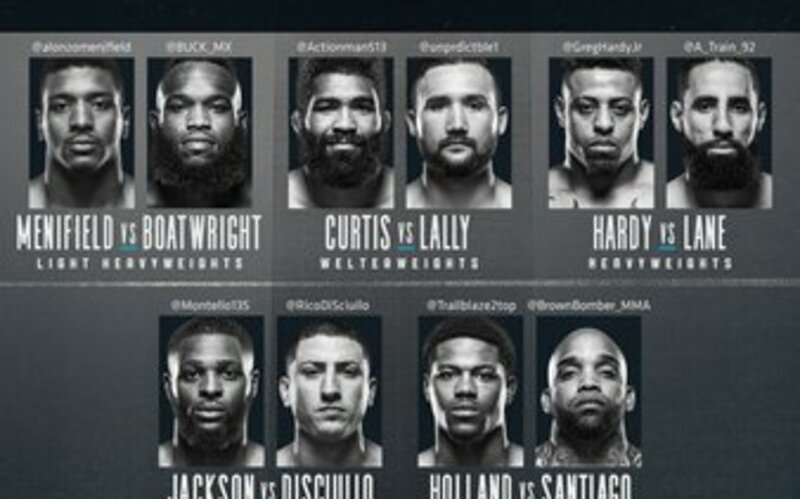 The Tuesday Night Contender Series is back!

After a successful first season that introduced fan-favorites like Sean O’Malley to the UFC and it’s fanbase, the Contender Series is back with a second season.

After winning his fight against Daniel Jolly during the last season of the Contender Series, Alonzo Menifield is back. The LFA veteran hopes to finally earn a UFC contract with an emphatic finish against former Global Proving Ground Light Heavyweight Champion; Dashawn Boatright.

Check out the full card below. It will be updated with live results throughout the night.