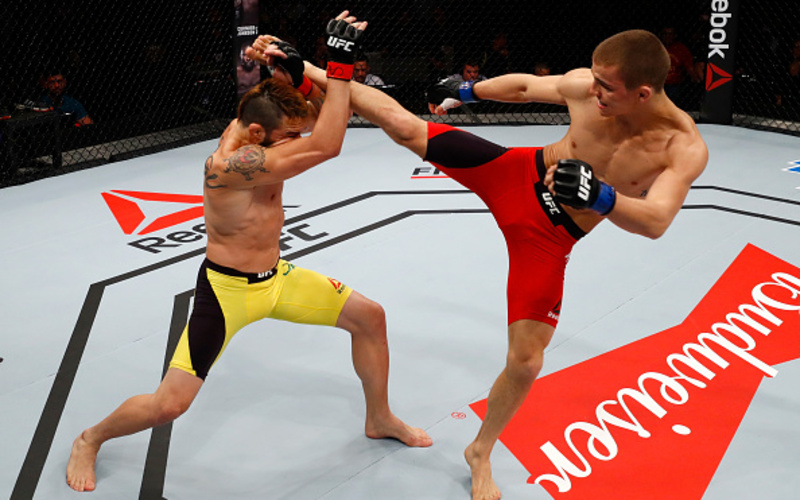 One of Canada’s brightest young talents has used the free agency market and signed with Brave CF. Jeremy Kennedy holds an 11-1 record and was 3-1 inside the UFC, however after his lone loss and contract negotiations, the 25-year-old decided to sign elsewhere.

“I chose Brave because when I went out a couple times to corner Gary [Mangat]I really like their team and how they ran things,” Kennedy explained. “Brave CF is one of the bigger organizations based out of Asia/Middle East, so I wanted to test myself against some of the best international fighters in the world.”

Kennedy (11-1) was handed the first loss of his career at UFC 221 against Alexander Volkanovski. Prior to that TKO, “JBC” was riding an eleven fight winning streak and was 3-0 inside the Octagon.

The B.C. native made his Octagon debut in front of his hometown crowd at UFC on FOX 21 where he defeated Alessandro Ricci via decision. Kennedy went on to win his next two UFC outings via decision against Rony Jason and Kyle Bochniak.

Kennedy has since made the move to Las Vegas, Nevada and is now training with Xtreme Couture full time.

Kennedy is planning to make his Brave CF debut in August.