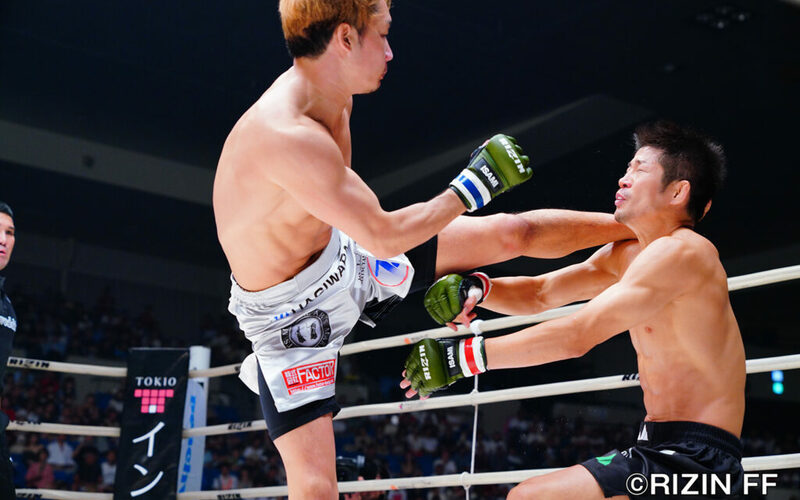 After making an incredible impression in his promotional debut, two-division The Outsider title-holder Mikuru Asakura is slated to make a quick turnaround. He will face 24-year-old Kazakh fighter Karshyga Dautbek.

The scoop was revealed by a Kazakhstan social media account.

Much like his rumored foe, Mikuru Asakura (7-1, 1NC) is a young gun at just 25-years-old. But what he lacks in experience, he makes up for in the ring. After a dominant run in The Outsider, and going 1-1 within ROAD FC, Asakura signed with RIZIN Fighting Federation earlier this year.

In his debut, he was given a tough out in the form of veteran grappling ace Hatsu Hioki. A left head kick downed the 16-year vet early, making Mikuru Asakura the winner by way of vicious knockout.

Karshyga “Berkut” Dautbek (6-1) is unknown to the masses, but is quite the impressive prospect when you dig a little deeper. The featherweight finisher has competed in Alash Pride FC primarily, as well as a one-off in ACB.

With six knockout wins to his name, five of which come in the very first round, he fought very recently much like Asakura. Back on August 4, Dautbek picked up a quick KO win at Octagon Selection: Vol 1. Check out his highlight to see what “Berkut” is capable of.

RIZIN 13 is set to go down on September 30, live from the famous Saitama Super Arena in Japan. More bouts should begin to get announced in the very, very near future. Tenshin Nasukawa, Kyoji Horiguchi will be featured.

As of right now, the card is as follows.