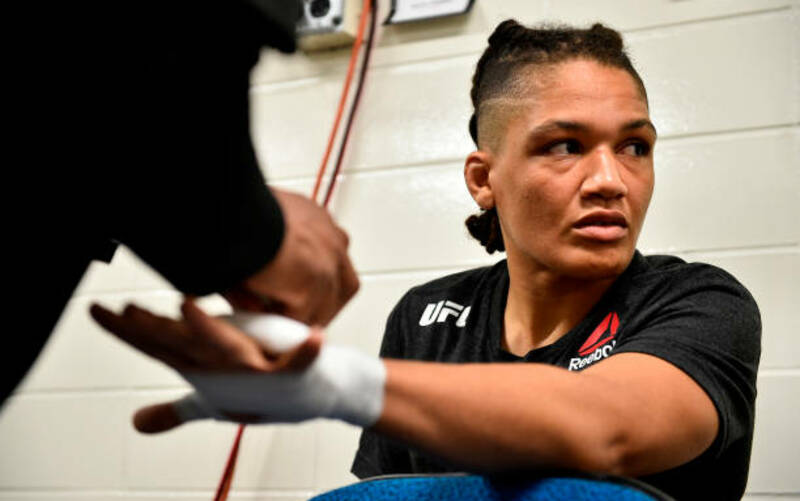 Under new management is a worthy disclaimer of the Ultimate Fight Championship. It is quite evident that the people instrumental in forming the sport and its general interest within this country are gone. Whether one studies the current trajectory or the influx of interim belts, the conclusion brings forth the notion that the people currently steering this wagon are on a completely different path.

For most, this is not an issue and it shouldn’t necessarily be. The organization is in a much different place than it was 10 years ago. Needs changed, revenues increased, and the audience evolved.

One thing that hasn’t changed, is their status within the industry. The UFC is still widely considered as the pinnacle of mixed martial arts competition. Whether that assertion is correct or not, is a different discussion. Even if you are an educated fan of the sport, it would be hard to debate the Ultimate Fighting Championship outside the top three promotions worldwide. Anything else is blasphemy.

So the question remains: Why care that the UFC announced Valentina Shevchenko vs. Sijara Eubanks for the flyweight title (which by the rankings, makes perfect sense) only to cancel and reschedule Shevchenko against Joanna Jedrzejczyk, amid massive online pressure to do so?

I think the best first step is to unpack this.

Sijara Eubanks intended to fight for that title. She rightfully earned her place in the tournament finals by defeating Maia Kahaunaele-Stevenson, DeAnna Bennett, and Roxanne Modafferi, respectively. Instead of the opponents, her issue became the weight. Eubanks withdrew from the title fight at the Ultimate Fighter finale after being hospitalized due to a weight cut.

The Montano Reign and UFC 228

The history becomes even more convoluted during the Montano reign. Not many desire to linger in the pages of that struggle. I being one of them.

Fast-forward 10 months and similar scenario led to the vacating of this very title. Montano steadily approached 12 months since her last competition (earning the title) when hospitalization due to weight cut complications became her fate. Not too long after, her title became vacate.

At this point in history, one belt returned to the shelf with, at least, one contender deserving and ready to challenge for it. That contender is Shevchenko. Compounded in this equation, was a vacate headliner worthy bout for the upcoming event, UFC 230.

In recent history, title fights equal PPV headliners. Only the cash-cow, Conor McGregor, headlined a PPV without a title on the line in the past three years.

To demonstrate how this situation of the UFC 230 main event presented itself, I give you some math. I apologize but it is a bit necessary and my MMA math is not too hard to follow. Just like college, I showed my work so you know I didn’t plagiarize.

Proof: UFC PPVs can only be headlined by title fights

Looking at the math, the options for championship headliner were limited. Added to this equation, Valentina Shevchenko prepared and executed a full training camp ahead of her scheduled title fight against Montano for UFC 228.

Whether or not Rose Namajunas was in the gym training during her layoff is almost a non-factor at that point. Shevchenko had been prepping to go five rounds before the summer.

Putting on a matchmakers shoes, this becomes easy. Book the prepared fighter to a headlining title fight. Simple.

UFC match-makers chose Sijara Eubanks as the second challenger for the vacant flyweight title. Eubanks, as previously mentioned, was a TUF 26 finalist before weight cut complications forced her out of the finale. After the weight cut debacle, she made her official promotional debut at UFC Fight Night 131. There she took on and defeated TUF 26 housemate, Lauren Murphy by unanimous decision.

Murphy is a respectable contender in the women’s flyweight division despite her record with the promotion. This win for Eubanks cemented her status at the top of the flyweight rankings. With her position of #4 contender, a title fight was to be expected in the near future. Theoretically, any fighter in the top 5 of a division is worthy, by rankings standards, of competing for the title.

The argument, based on career standards, that claims Eubanks didn’t deserve a title shot is understandable. With a career record of 3-2, her numbers don’t exactly jump out at you. Even inspecting her wins, one could find issue. Of her two wins outside the UFC, both came against debuting fighters. The first over, Gina Begley, and the second Amber Lynn Orr.

On the other end, her losses came at the hands of two highly touted female fighters in, Aspen Ladd and Katlyn Chookagian. It is quite hard to pull many conclusions from her results on paper. Yet, what can be surmised is her skills are developed enough where she can compete successfully in the UFC.

Are they fans or are they bullies?

Even so, the issue of the situation has little to do with the skill level of either female. Both Shevchenko and Eubanks deserve the positions they currently hold. It’s the fans who hold a status totally undeserving of them.

For some unintelligible reason, many fans of nearly each and every followable pursuit have a heightened sense of entitlement. A certain level is given. The consumer drives interest and interest drives business. But as a leader in the industry, there is a certain power the business has over its consumers. A power that asserts authority. One that almost alerts the consumers towards their interests.

In other words, a powerful business tells the customer what they want.

Companies like Apple and your local cable provider operate this way. Did anyone ask for a larger version of a smartphone that doesn’t provide the same services as a phone? No, but we have tablets anyway.

In being a titan of industry, or whatever colloquial term you would like to use, relinquishing the power of authority begins a dangerous dance for one’s product. A dance that teeters on pleasing the unpleasable masses and operating independently as it did before.

Another great example lies within the music industry. Specifically, genres of the last two to three decades. Rap & Hip-Hop was possibly one of the greatest explosions of creativity and expression in recent history. A new style of musical expression, different yet similar to what came before it. Over the years, characters good and bad came and went from the industry. But now, it is packed with assembly line teenagers speaking on the same subjects and wearing all the same clothes.

That could be the fate of the UFC. Each and every fighter only speaking what they think the crowd wants to hear. It becomes fake. While outsiders and insiders sit wondering after every move, ‘Was that staged? I don’t know’, the promotion slowly descends deeper and deeper into a fantasy world, not unlike the ‘Looney Tunes’.

To be honest, ‘We put on fights that the fans want to see’, was nearly the motto of the Ultimate Fighting Championship. It at least was a phrase not uncommon to press conferences and other events of the like. But the sentiment isn’t false. The UFC has put on entertaining fights for well over two decades. The secret is, they just haven’t done it with your supervision until now.