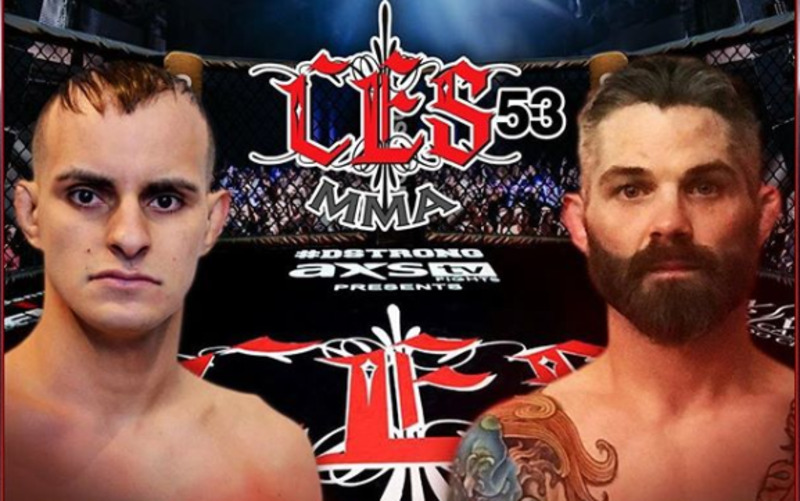 MMASucka followed Richie Santiago ahead of his fight at CES 53. The Milford fighter spent the day at BST MMA & Fitness.

Santiago faces Billy Giovanella at CES 53. The bout breaks a long layoff for Santiago. He last competed in the cage at CES 49 back in April. While he may not have been competing in MMA, Santiago competed at a Muay Thai event. Coupled with commentator duties for the New England promotion Cage Titans, he had plenty to keep busy during his time off.

The last outing for Santiago didn’t go as planned. He suffered the first loss of his professional career at CES 49 to Matt Almy. Previous to the loss, Santiago steam rolled the competition to earn a 6-0 record.

In his six victories, Santiago earned stoppages in all of them. Five came by way of submission, and one by TKO. Currently, his record sits at 6-1.

His opponent at CES 53, Billy Giovanella, is a veteran of New England MMA. Giovanella first competed in 2010 when he took on Matthew Marshall at Cage Titans 2. The veteran earned 1st round submission in his debut.

Over the course of his career, Giovanella competed for a healthy list of organizations. He fought for 8 different promotions over his 17 fight professional career. With a record of 9-8, the New England fighter is ripe with experience.

CES 53 marks his 5th appearance for the organization. Overall, Giovanella holds a 3-1 record with the promotion. He also looks to bounce back from a loss. Giovanella suffered his first loss in the CES cage in his last outing.

The fight is important for both competitors as both look to get back into the win column. For Santiago, there is added importance. Giovanella was an active fighter before Santiago began fighting. As a high school student, Santiago recalled watching him fight in the local scene. It serves as a measuring tool for Santiago. A victory would not only shake him from his previous performance but serve as a legitimate victory over a tough opponent. Thusly, if the veteran can defeat the young prospect then it further proves his status as a legitimate contender in New England.