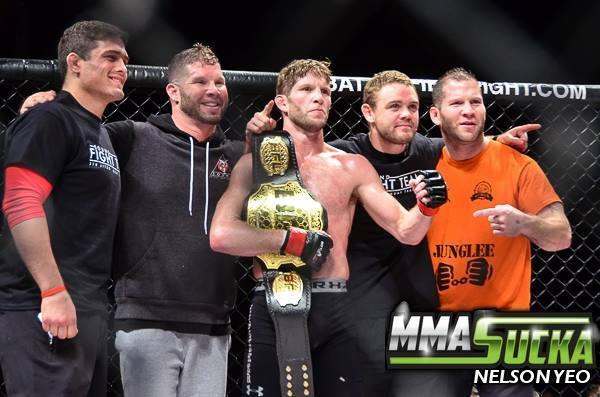 MMASucka.com learned of the main event battle from BFL officials.

Smith (5-0) last fought in March at BFL 54 and earned a very decisive unanimous decision victory against Carlos Galvan. Three of Smith’s five professional fights have taken place in the Battlefield cage, the other two in Thailand.

Wilson (5-1) fights out of Kingston, Ontario and is currently riding a three-fight winning streak. The Hayabusa Academy product has fought three times in 2018, with all three victories coming via stoppage. Most recently Wilson finished Vladimir Kazbekov with a barrage of knees at Fighting Alliance 7.

BFL 58 goes down on January 13 from the Hard Rock Casino in Coquitlam, British Columbia. Other notable names joining the guaranteed to be stacked fight card are Jared Revel and Achilles Estremadura.